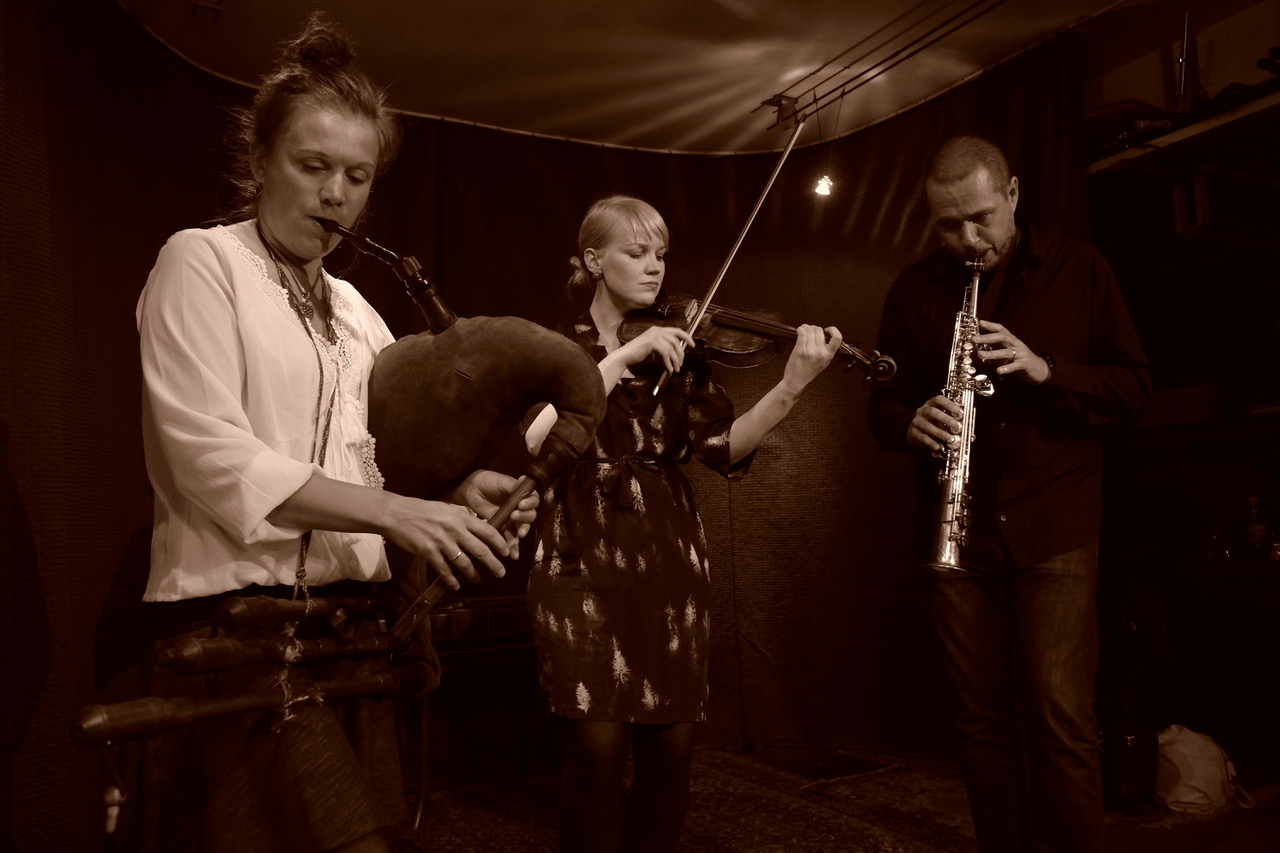 At this year’s final concert in the series “Virolainen musiikki soi”, Torupilli Jussi Trio will perform. The band consists of fiddles and the sound of bagpipes from centuries ago.

The group plays energetic and unique dance songs from the repertoire of the bagpipe king Juss from Hiiumaa. The emphasis is on authenticity and bringing back the crazy atmosphere that Juss used to create at his concerts.

Playing the songs of the Estonian bagpipe king aka Torupilli Juss aka Juhan Maaker, born in Emmaste, Hiiumaa, takes some courage. The old master has not been stingy with variations, decorations, or virtuoso playing techniques. Torupilli Juss has been described as an instrumentalist of an extremely engaging playing style.

Torupilli Jussi Trio has taken the risk and accepted the challenge: now, almost 90 years later, they continue the tradition of Torupilli Juss. Tracking Juss’s music based on archive recordings has meant unaccustomed heights and depths, dizzying curves, turnarounds and extremely speedy finger exercises, but most of all it has given the trio some breath-taking celebrations and recognition, where the stardom of an exceptionally talented and charismatic village musician can extend.