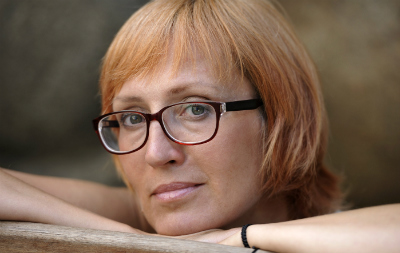 Hungary: Kätlin Kaldmaa’s “Ailill” at the literature night in Budapest

In Budapest, the literature night is held for the fourth time; Estonian literature is represented by Kätlin Kaldmaa’s novella “Ailill”.

The literature night tradition began in Prague nine years ago with the objective of offering people an opportunity to listen to texts by authors of different countries read by popular actors during one night, at the same time discovering the less known, interesting parts of their city.

The texts are performed by the actors of Budapest’s popular Katona József Theatre. The recitals take place every half an hour and the audience moves between the venues. This year, the ninth district of the city, where the theatre Katona József is located, is focused on. The objective is to tear literary events out of their habitual environment – literature conquers the unusual rooms above and below ground for this night, for which the system of old basements spread under the district offers a wonderful opportunity.

The Hungarian translation of Kätlin Kaldmaa’s novella “Ailill” appeared in the sixth edition of the so-called “Breviariums” series published by the Estonian Institute and Pluralica, translated by Virág Márkus. The objective of the “Breviariums” is to rouse interest in Hungarian readers towards modern Estonian authors. To date, mini-anthologies of Andrus Kivirähk, Mehis Heinsaar, Eeva Park, Jaan Undusk, and Jan Kaus have been issued, including their works not yet published in Hungarian and interviews with the authors.

The literature night comes to fruition in collaboration with EUNIC’s Hungarian cluster, that is, 22 cultural institutes active in Budapest, and the Estonian Embassy.