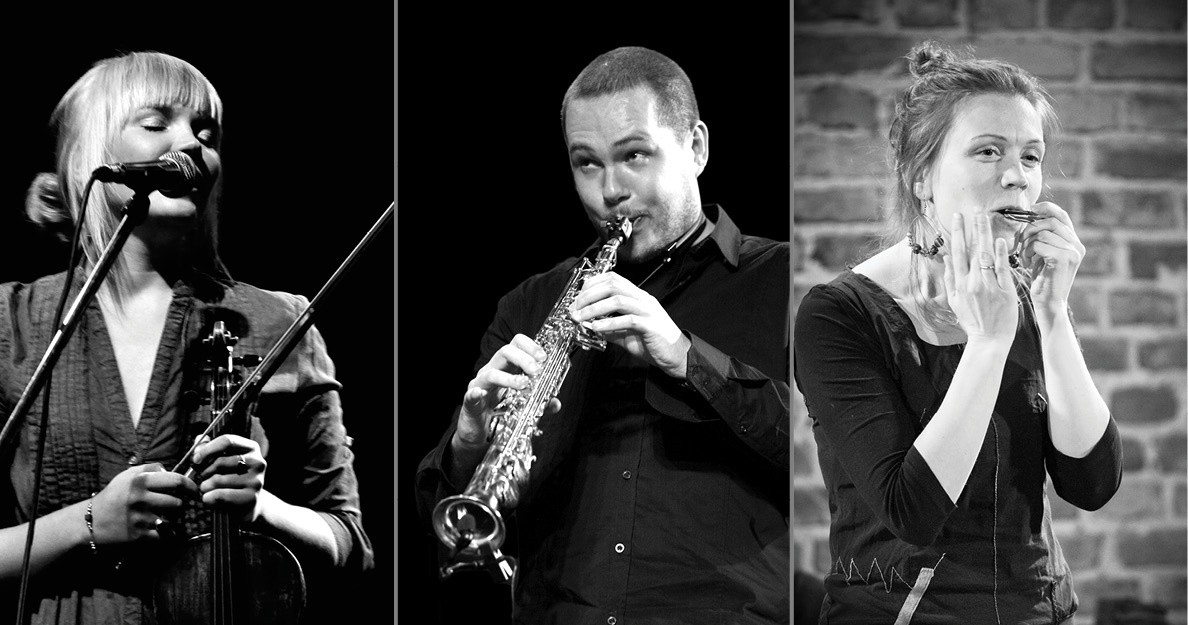 This spring, the Hungarian public is danced by Torupilli Jussi Trio. From April 27 to May 1, the trio participates in the 27th “Mediawave” festival, and on May 2, the trio gives a concert in Budapest’s Open Studio.

Torupilli Jussi Trio is formed of violins and the sound of bagpipes brought to modern times from the centuries past.
The ensemble will be performing sweeping and unique dance tracks from the repertoire of Juss, the former bagpipe king of Hiiumaa. The emphasis is on authenticity and perhaps also the outrageous mood, just as Juss was used to.

Playing the songs of the Estonian bagpipe king aka Torupilli Juss aka Juhan Maaker, born in Emmaste, Hiiumaa, takes some courage. The old master has not been stingy with variations, decorations, or virtuoso playing techniques. Torupilli Juss has been described as an instrumentalist of an extremely engaging playing style.

Torupilli Jussi Trio has risked and accepted the challenge: now, almost 90 years later, they continue the tradition of Torupilli Juss. Tracking Juss’s music based on archive recordings has meant unaccustomed heights and depths, dizzying curves, turnarounds and extremely speedy finger exercises, but most of all it has given the trio a breath-taking celebration and recognition, where the stardom of an exceptionally talented and charismatic village musician can extend.

“Mediawave” is an international film and music reunion, which is organised in the Monostori castle on Danube in the Hungarian-Slovakian border town Komárom for the 27th time this year. The festival is a long-time collaborator with Estonian animated film directors and musicians. In the music field, the festival focuses on folk music and jazz and improvisational, but also traditional trends. Musicians participate in workshops that take place every day of the festival, and the results will be presented at the festival’s closing concert. In earlier years, ensembles Lepaseree and Puuluup have represented Estonia at “Mediawave”.

Estonian Institute wishes to thank our partners and organisers: