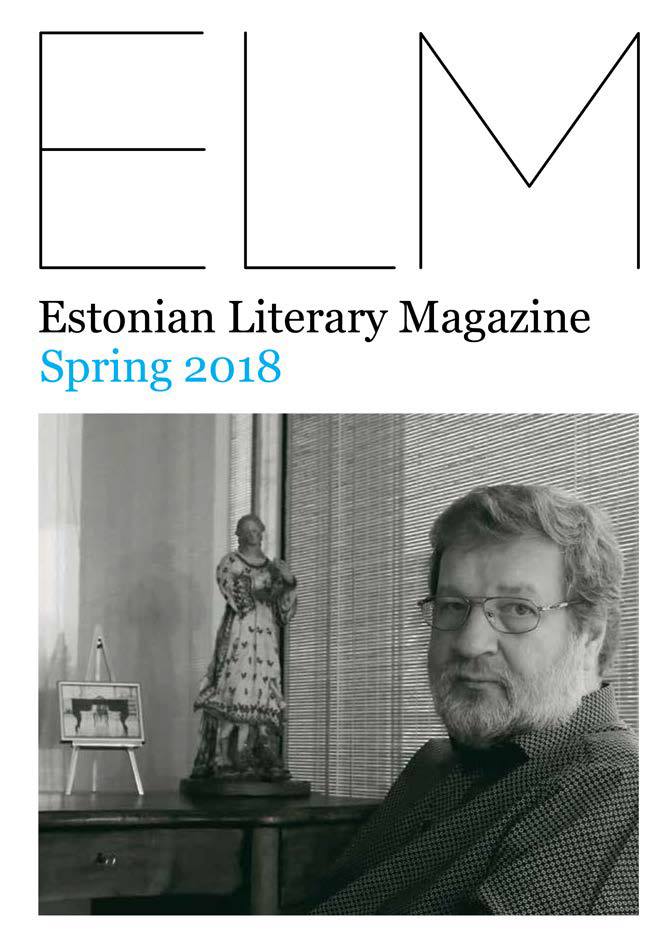 The spring issue of the Estonian Literary Magazine travels to London

Estonian Literary Magazine (ELM) offers readers colourful biographies, inspiring discussions, enthralling prose and poetic tension. The magazine will kick off its world tour at the London Book Fair, which begins in April and this year has the Baltic States as its special guests.

“What I’ve now realized about the relationship between history and literature is that it is the writer’s duty to ensure historical narratives are not simple,” finds writer Rein Raud, a cosmopolitan with roots, and one of the main authors representing Estonia at this year’s London Book Fair, with whom Joonas Hellerma talks in the cover story of this issue.

In an enchanting conversation says Doris Kareva that in her mind, a poet does not necessarily have to be visible: “When someone reveals their inner world – their dreams, fears, and yearnings – then for the reader it might actually be better not to know anything about the author apart from their name.” The poetess is interviewed by Jürgen Rooste.

While speaking to Piret Põldver about inspiration, writer Mehis Heinsaar admits that luckily he has been having relatively fewer good ideas than he used to, because “it’d be awful to have maybe fifty really good book ideas and, at the same time, know that you’d have to live for three hundred years just to write all of them.”

Johanna Ross looks at the sensitive works of Eeva Park, while Maarja Vaino explains why love cannot exist in a vacuum – as it is also shown in A.H. Tammsaare’s novel I Loved a German. Peeter Helme analyses the writing of history in more recent Estonian novels, Aija Sakova maps Estonian-Russian literature and Piret Põldver reveals the answers to questions sent to the recipients of the writers’ salary. Also, we look at some delicate translations and an overview of the more exciting literary works from the past half-year.

In Estonia, the magazine can be found in the larger libraries, in Tallinn also at the Rahva Raamat bookstore in Viru Keskus (Viru väljak 4), at Puänt bookshop (Pärnu mnt 4) and at the office of the Estonian Institute (Suur-Karja 14).

The biannual Estonian Literary Magazine introduces past and present Estonian writers and poets and reviews new books. ELM has been published since 1995, the publishing of the magazine is supported by the Ministry of Culture of the Republic of Estonia and the Estonian Cultural Endowment.

The current editor of the magazine is Berit Kaschan and the designer is Piia Ruber. The texts are translated by Adam Cullen.