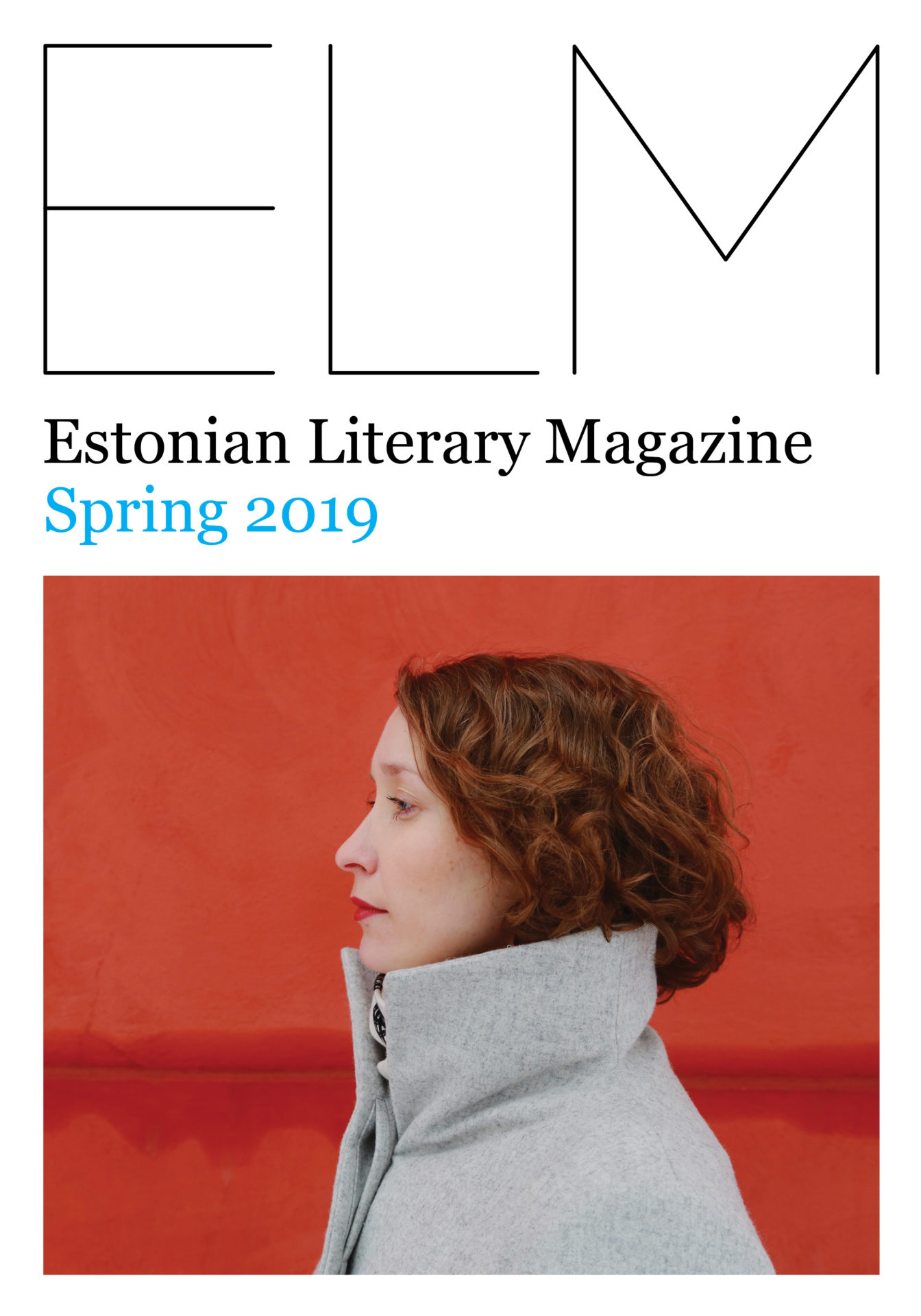 The spring 2019 issue of ELM brings together colourful traveling companions

In the cover story of the spring issue of ELM, the poet Eda Ahi talks about how to recognize one’s calling and voice of reason, as well as how literature holds the ability to change the world and how her latest poetry collection ‘War and Perturbation‘ was born in peaceless Ukraine:

“I feel like in modern-day Estonia, we generally don’t perceive literature, and especially poetry, as a practical or crucial phenomenon. “Practical” isn’t the first word that comes to mind when describing it, at least, nor does it have to be. It appears to be different in Ukraine and reminds you what kind of weight and importance literature and reading can have,” she says.

Next, Jason Finch is mapping the travels of Toomas Nipernaadi and Tiit Aleksejev is mapping the places where he has been inspired. Translator Danutė Sirijos Giraitė talks about translating with heart, Jaanika Palm writes about the lifelike and mighty characters of a children’s and youth writer Reeli Reinaus. The spring issue also includes Siim Lill’s decadent interview with a poet Kristjan Haljak, an overview of the Turku Book Fair, the Lyrikline.org portal and a reflection on the appreciation of the legacy of writer Ene Mihkelson. And, of course, there are translations and book reviews.

As an important innovation, ELM now has a selection of translations of Estonian literature published in 2018.

The spring issue of ELM will start introducing Estonian literature internationally from the London Book Fair, which will take place on March 12–14.

In Estonia, ELM can be found from the larger libraries and bookstores, Krisostomus (Raekoja plats 11) in Tartu, Puänt (Telliskivi 60a/1) and the Estonian Institute’s office (Suur-Karja 14) in Tallinn.

The magazine is also fully available at elm.estinst.ee.