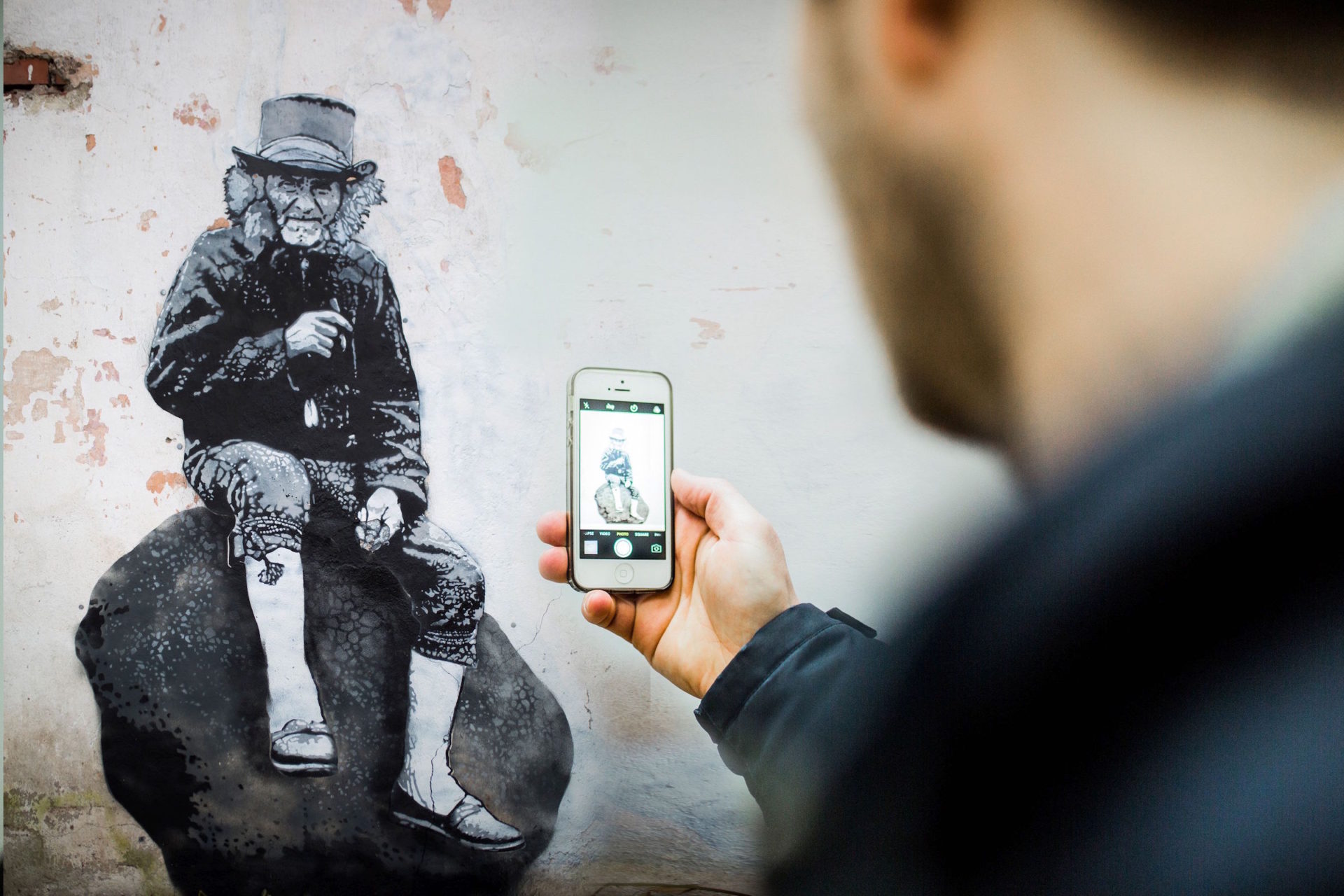 The streets of Pasila will soon host some quirky characters from about a hundred years ago, brought to life by a mysterious street artist, Edward von Lõngus and augmented reality technologies.

Helsinki is the third city after Brussels and Rome to welcome the time-travelling characters. They will appear in Pasila, which was declared Helsinki´s street art district in March 2017. The first larger painting festival in Eastern Pasila, in which Edward von Lõngus also participates, will take place in August 14-20.

The project’s initiator is Helsinki Urban Art in collaboration with street artists from Finland and elsewhere. The largest cooperation partner of the initiative is the network of European national institutes of culture, EUNIC Finland, with whose support artists are brought to Finland from different places around the world.

Estonia, which will soon celebrate its 100th birthday and started the presidency of the EU Council in July, will take street art into different cities of Europe. The Estonian and Helsink’is street art projects will meet in Pasila in August.

The project is organised by NOAR, EV100, Helsinki Urban Art, EUNIC Finland, and the Estonian Institute in Finland.

This event is dedicated to the Estonian presidency of the EU Council and the 100th birthday of the Republic of Estonia.