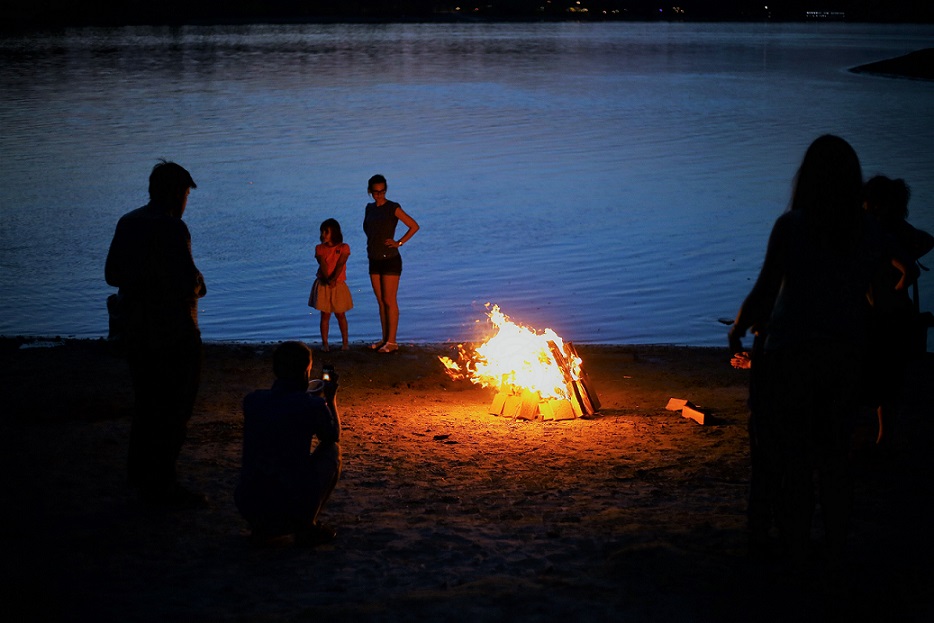 Midsummer Night with short films on the banks of the Danube

Hungary is celebrating the shortest night of the year with Estonian short films for the fourth time already. The organizer of the event, the Estonian Institute in Hungary, invites everyone to participate in the Midsummer Day Quiz, to look for symbolic fern flowers, to watch the sunset along the banks of the river, to sit around the Midsummer Night bonfire and to delve into the world of short films at the culture bistro Kabin on the banks of Danube.

THREE AUGUST DAYS
2017, 21 min, dir. Madli Lääne
Kopli Kinokompanii
In the midst of the political upheaval of the early 1990s in the Soviet Union, an Estonian girl and a Russian boy reach across cultural lines to unite over a shared bottle of American soda.

MAUSOLEUM
2016, 25 min, dir. Lauri Randla
Exitfilm
The grotesque and tragicomic story of the Soviet pathologist Aleksei Abrikossov, who conducted the initial embalming of the body of Lenin in 1924. It is 1936, an era of Stalin’s nightly repressions. No one is sleeping, arrests and shootings are taking place. But just before the May celebrations, a fly has gotten into Lenin’s sarcophagus. Before the visit of a great leader, Stalin, Abrikossov must find a solution. A fatal race against life and death begins.

CHRISTMAS MYSTERY
2018, 20 min, dir. Andres Maimik and Katrin Maimik
Kuukulgur Film
The short film talks about student Jass, who makes extra money by playing Santa Claus. Behind one door, however, a lonely woman awaits him, who pulls him into weird role plays the polite youngster cannot say no to.

WILD GAME
2017, 25 min, dir. Jeronimo Sarmiento
BFM
During the harsh Estonian winter, fifteen-year-old Liis joins a group of teenagers for an unusual hunting game in the forest. She hopes to fit in with them, and opportunely she is paired with the boy she likes. The wild nature surrounding her awakens the strength to confront her feelings, yet conflicting emotions surface as the game unfolds.

HELEN’S BIRTHDAY
2017, 18 min, dir. Tanno Mee
Aleksandra Film
Helen is far from being over her divorce. On her birthday, her friends drag her to a club to cheer her up. But things go wrong. As she’s about to leave, a taxi driver named Peeter unexpectedly opens up a path to something new. Eventually, though, Helen becomes an intruder in the house where she lived with her ex. A subtle drama about letting go when a relationship is over.

ICE
2017, 15 min, dir. Anna Hints
Exitfilm
Harri is a lieutenant colonel in the Estonian army. Divorced, he only sees his 10-year old son during school holidays. Harri decides to make up for lost time by going to an adventurous father-son winter trip to an island. Missing the last ferry, Harri decides to take a local ice road over the frozen sea. On the vast snowy desert past memories collide with the present.