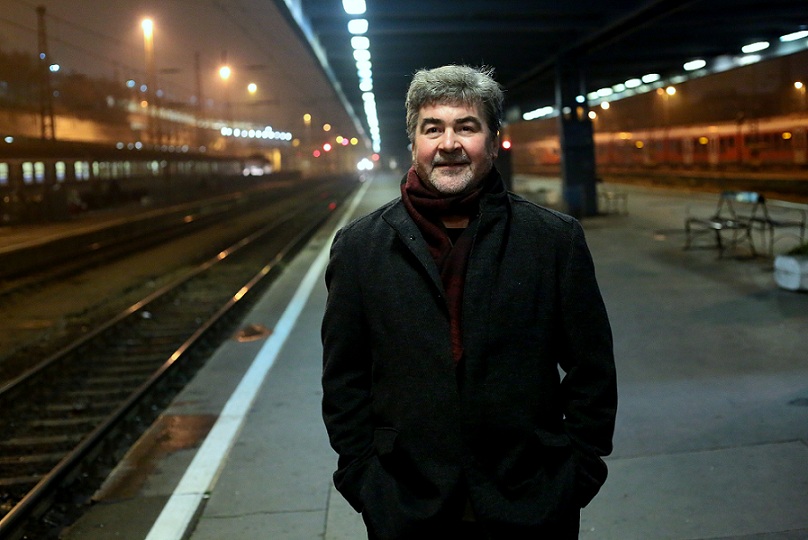 The sixth district of Budapest

In 2018, the literature night is held for the fifth time in Budapest. Estonian literature is represented by Mart Kivastik’s novella “Panorama”.

The literature night tradition began in Prague ten years ago with the objective of offering people an opportunity to listen to texts by authors of different countries read by popular actors during one night, at the same time discovering the lesser-known, exciting parts of their city.

The literature night will take place in the framework of the EUNIC cluster in Hungary or in the cooperation of the 21 cultural institutes and embassies in Budapest. The actors of one of the most popular and best theatre’s in Budapest, Radnóti, will read the texts. Readings take place every half hour and the audience moves between the venues. This year, the focus will be on the sixth district of Budapest, where Radnóti Theatre is located. The aim is to separate literary events from their usual surroundings, the literature conquers both aboveground and underground unusual places that night. The details of the venues will be made public in mid-March. The four-hour literary journey ends with a jazz concert of students of the Hungarian Academy of Music.

The Hungarian translation of Mart Kivastik’s novella “Panorama” was published in the seventh volume of the so-called “Breviarium” series issued by the Estonian Institute and Pluralica. Novella was translated by Móni Segesdi. The aim of the “Breviariums” is to raise Hungarian readers’ interest in contemporary Estonian authors. Until now, mini-anthologies of Andrus Kivirähk, Mehis Heinsaar, Eeva Park, Jaan Undusk, Jan Kaus and Kätlin Kaldmaa have been published in the same series, which contain their works that haven’t been published in Hungarian before, and interviews with the authors.