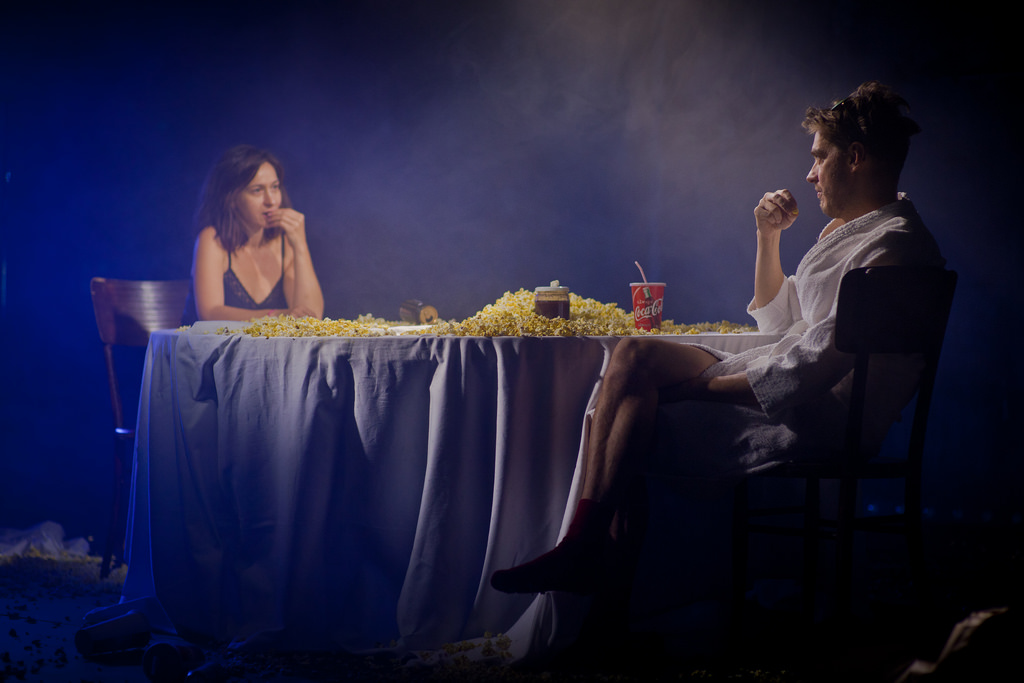 Their partnership produces a theatrical dance rich in passion, absurdity and humour.

A highly visual and musical performance “Just Filming” is a heartfelt tribute to cinematic art.

Kristian Smeds is a Finnish playwriter and theatre director. He has directed in Finland, Estonia, Lithuania, Belgium and elsewhere in Europe. In Estonia, for example, he has brought “The Year of the Hare” and “12 Karamazovs” to the stage of Von Krahl Theatre. Juhan Ulfsak and Eva Klemets have also participated in his international theatre production “Mental Finland”.

Actress Annamária Láng is one of Hungary’s best-known artists on independent theatre circuit. Láng was long associated with the Krétakör theatre founded by Árpád Schilling, but since leaving the company she has worked freelance. Láng has worked in theatre and film in Hungary, Germany, Switzerland and France.

Actor and director Juhan Ulfsak is one of Estonia’s most influential contemporary artists. He is a founder member of Estonia’s first independent theatre, the Von Krahl company. Ulfsak has worked with leading figures from the art world in Estonia, Germany and Finland. He has participated in several productions by director Kristian Smeds: “The Year of the Hare”, “The Seagull”, etc. Last year Ulfsak worked as a director for the Von Krahl company, Theatre NO99, and the Estonian Drama Theatre. In autumn 2016 he directed William Golding’s “Lord of the Flies” at the Finnish Theatre Academy.