Exhibition “Related by Sister Languages” will open in Ludwig Museum

“Related by Sister Languages” is a collective exhibition with works from nine Estonian artists. The exhibition which will open at the Budapest Contemporary Art Centre on 27 September 2018 is part of the Estonia 100 international programme and will be open until January 6, 2019.

Hungarian and Estonian languages are of Finno-Ugric origin, however, the two groups of people diverged over the millennia and have followed different historical paths. The exhibition covers questions and themes such as:

The works of Dénes Farkas, Johnson & Johnson, Flo Kasearu, Marko Mäetamm, Marge Monko, Tanja Muravskaja, Kristina Norman and Kaido Ole deal with the above issues, through which we learn about Estonia’s exciting contemporary art scene. The works of the selected artists are aligned with works that deal with similar themes, but from a Hungarian point of view (such as Ákos Birkás, Ilona Némethi, Péter Puklus, Hajnal Németh, Société Realiste, Tehnica Schweizand others).

This exhibition attempts to focus on the future which is based simultaneously on traditions and innovations. 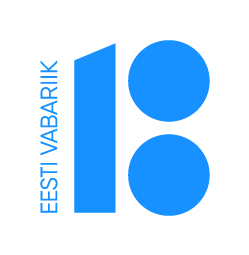