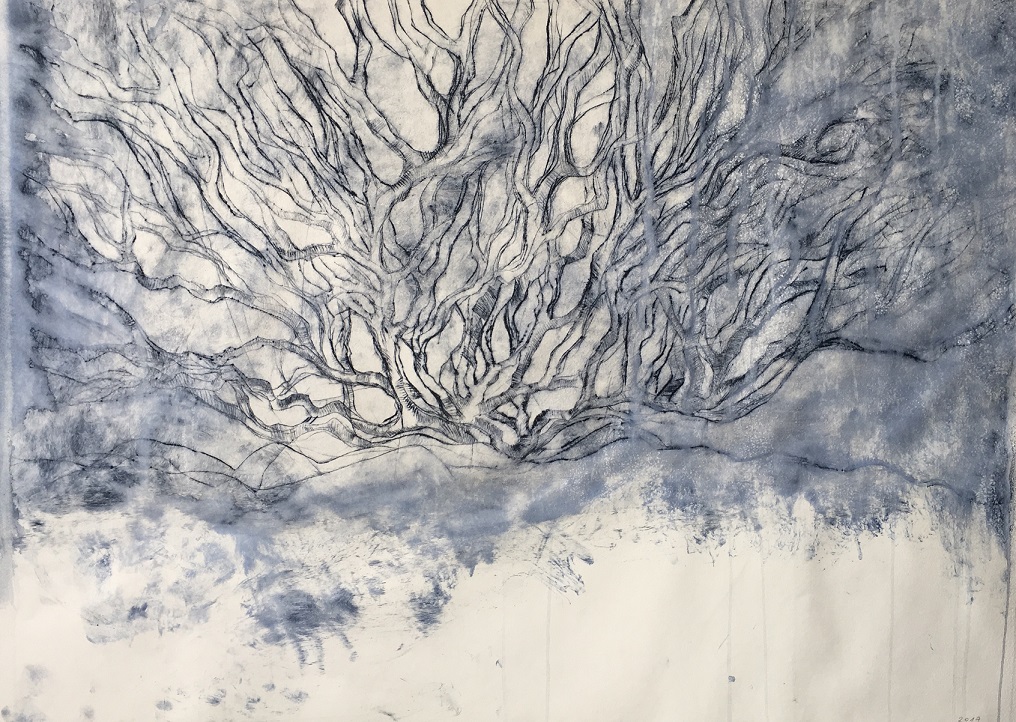 In September, a joint exhibition of Estonian and Hungarian print artists “Scala Cromatica” will open in Budapest. This exhibition which bears the name of a piece of music by Arvo Pärt, is held to celebrate the centenary of the Republic of Estonia.

The exhibition is inspired by the musical piece by Arvo Pärt. In physics, chromatic means “relating to or produced by colour”. The chromatic colors are all but black and white. In music, it means all the tones of the chromatic scale.

The exhibition from 15 well-known artists includes Mare Vint, Kelli Valk, Siim-Tanel Annus, Kadri Toom and Britta Benno from Estonia and from the Hungarian side, perhaps István Orosz is the most well-known. Several Hungarian printmakers also have a connection to Estonia, including residencies, working or studying in Estonia.

The exhibited artists will display different techniques and formats. In addition to paper-based works, prints can also fill the space, for example in Kadri Toom’s installations or Zsolt Molnár’s constructions. István Orosz exposes his geometrical works, whereas Pavel Semjonov presents A0 size drawings.

The concept for the exhibition originates from Hungarian print artist Zsófia Sztranyáki who has visited Estonia multiple times and participated at art camp Muhu Print.

Scala Cromatica will open on 12 September 2018 in Budapest at Patyolat / PRÓBAüzem – an old wash-house which now operates as an alternative art gallery. The exhibition can be seen until 3 October. The exhibition will travel to Estonia in early 2019.

More information about the artists participating can be found at: https://budapeesti.wordpress.com/