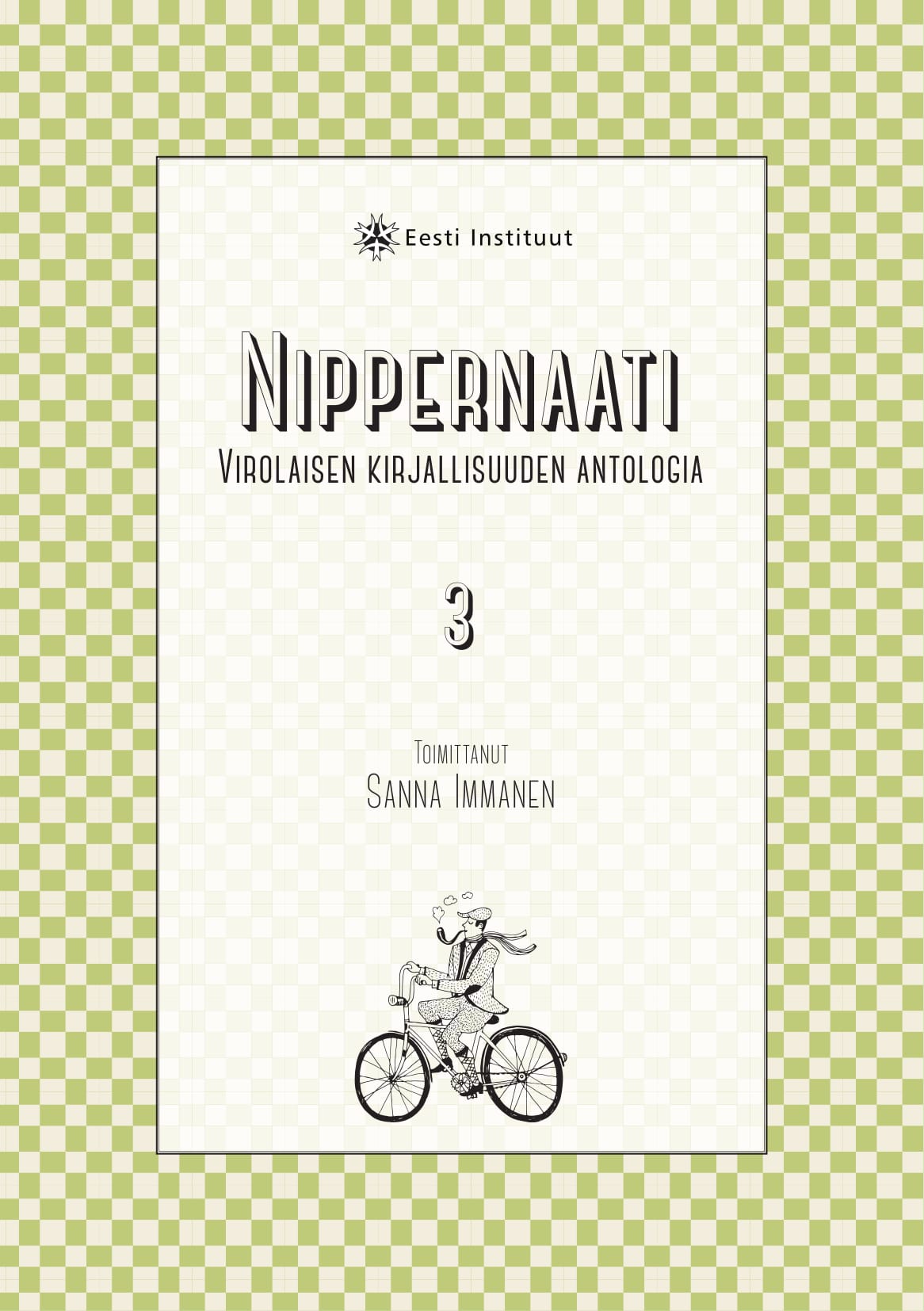 Finland: the third issue of ‘Nippernaati’, the Finnish-language anthology of Estonian literature

In October 2017, Estonian Institute in Finland will publish the third part of the anthology series ‘Nippernaati’.

‘Nippernaati 3’ includes short stories, poems, and fragments of novels from ten Estonian writers whose works haven’t been translated into Finnish or there are only a few translations.

‘Nippernaati 3’ opens up with the excerpt from the novel ‘Vee peal’ (On the Water) by Olavi Ruitlane. In a successful translation, Arja Korhonen translated the text in Southern Estonian dialect using the Savo dialect. It’s a real treasure for book lovers! Piret Jaaks is a completely new Estonian author for Finns. Her two exciting short stories were translated into Finnish by Annamari Typpö.

Mihkel Mutt explores elegantly the problem of being Estonian – the excerpt from ‘Eesti ümberlõikaja’ (The Estonian Circumciser) was chosen and translated by Raija Hämäläinen. She also translated the poems of Veronika Kivisilla from the book ‘Cantus Firmus’. In August, Kivisilla and Hämäläinen presented these pieces at the Poetry Month in Helsinki.

A good poetry translation requires a critical jump from the translator, that transfers most elements of the poem from one language to another. Heidi Iivari was fluent in translating word games and alliterations of Mart Kangur’s rhythmic poetry. Jaan Pehk’s poems contain a familiar feeling of grey everyday life, but also an incredible joy and absurdity. Merja Aho also chose to translate Pehk’s monumental work that describes the last days of September 1994. Eda Ahi’s effortless rhymed poetry is like a blast of fresh air and Anna Kyrö’s skillful translations are like gifts to the reader.

Tiina Laanem’s interesting characters from the novel ‘Pildilt kukkujad’ (Falling Off the Picture) can be seen through the translation of Varja Arola. Sven Vabar’s short story ‘Street Artists’ comes directly from the Estonian street art capital Tartu and is translated by Anniina Ljokkoi. Street art has become an integral part of contemporary urban imagery, and this fascinating story takes a look at equally interesting street artists.

The last author of the anthology is Valdur Mikita, one of the most interesting writers of recent years in Estonian literature. His messages about forest have spoken deeply to the readers of Estonia. Mikita is likely to be able to offer fresh rustic views to the northern coast of the Gulf of Finland, and in the latest ‘Nippernaati’ he does it. Hanna Pippuri translated the excerpt from ‘Lindvistika’.

‘Nippernaati 3’ is also the Estonian fair catalogue at the Turku International Book Fair which takes place on October 6-8, 2017. In Turku, Mihkel Mutt, Valdur Mikita and anthology’s editor-in-chief Sanna Immanen discuss the phenomena of contemporary Estonian literature. Other writers and translators of ‘Nippernaati 3’ are also performing in Finland during the autumn and winter. The online edition of the anthology is available at www.viro-instituutti.fi/nippernaati/.

The publishing of ‘Nippernaati 3’ has been supported by Ministry of Culture of the Republic of Estonia, Cultural Endowment of Estonia, Society of Friends of the Estonian Institute in Finland, NPO Virkku and WSOY Foundation. The anthology is distributed at literary events and can be ordered from the Estonian Institute in Finland. ‘Nippernaati 3’ will also be sent to Finnish publishers.