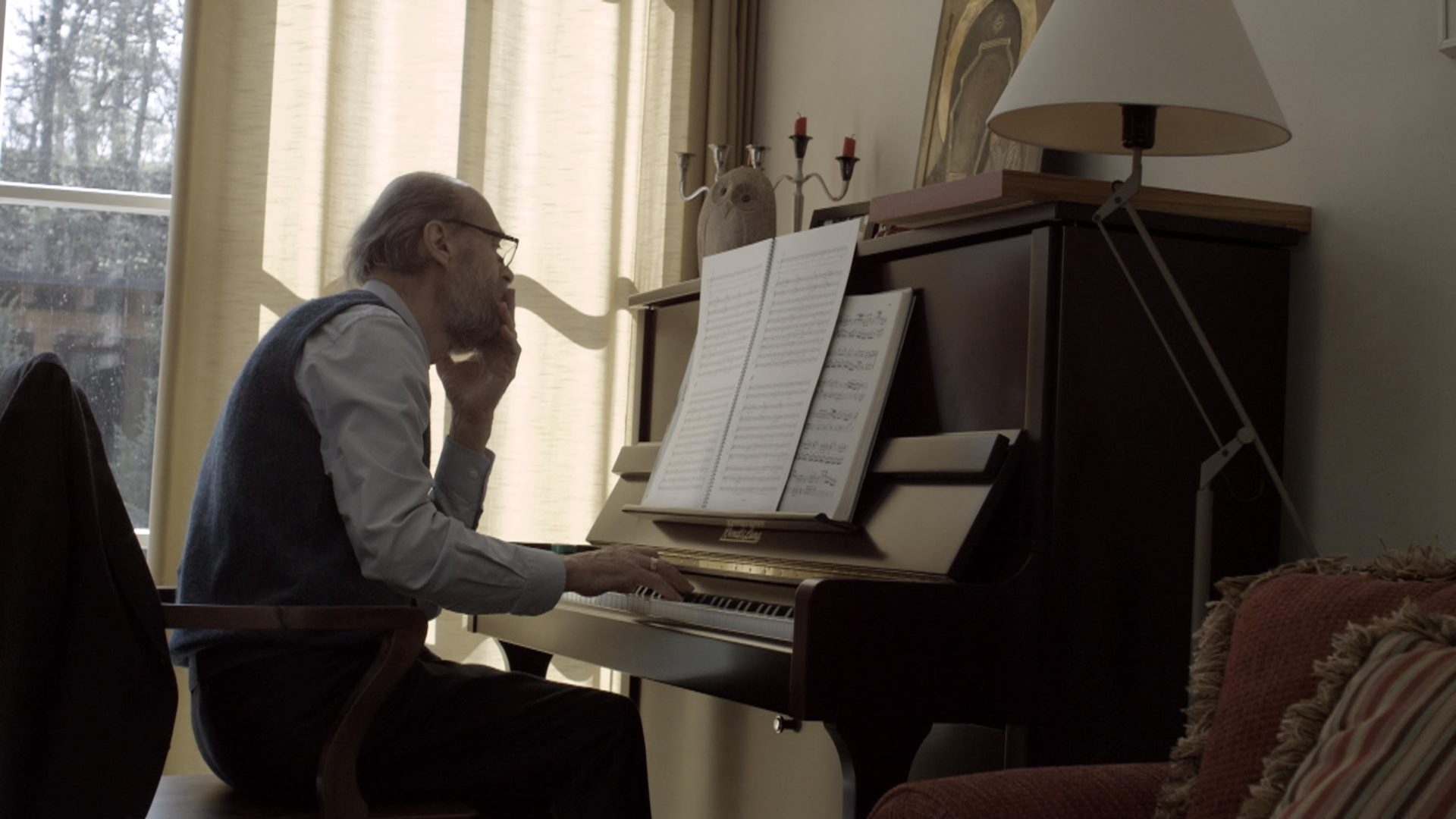 Director Günter Atteln’s film “The Lost Paradise” will be shown at the next screening of the series.

Arvo Pärt is the most performed contemporary composer in the world. And yet he rarely ventures out in public, prefers to keep quiet about his music, feels at home in the forests of Estonia and generates therewith—perhaps involuntarily—the impression of a recluse, which is attributed to him again and again. In “The Lost Paradise”, Günter Atteln followed him over a period of one year in his native Estonia, to Japan and the Vatican. The documentary is framed by the stage production of Adam’s Passion, a music theatre piece based on the biblical story of the fall of Adam featuring three key works by Arvo Pärt. Robert Wilson brought this work to the stage in a former submarine factory in Tallinn. Tracing their creative process, the film offers rare and personal insights into the worlds of two of the most fascinating personalities in the international arts and music scene.

The screening is followed by a discussion led by playwright, writer, journalist and screenwriter László Kolozsi.