Estonian top musicians perform on the prestigious stages of the capital of Hungary – the Estonia 100 anniversary programme ends with a series of concerts that introduce the finest Estonian music in three genres. The Estonian Music Week organized by the Estonian Institute in Hungary offers both famous names and a chance to find some new favourites.

The series of events starts at November 23 with a concert of the Tallinn Chamber Orchestra and the Philharmonic Chamber Choir at the Music Academy: under the baton of Tõnu Kaljuste, the significant works by Arvo Pärt (including “Te Deum” and “Adam’s Lament”) will be performed.

On November 28, the programme will continue with the concert of Mari Kalkun’s duo at the glass hall of the Müpa Art Palace. A singer-songwriter, who draws inspiration from the mysterious nature of Estonia and folk songs, is not a complete stranger to the Hungarian audience: three years ago she received a warm welcome when she performed with the band Runorun. This time, she is on the stage with Aleksandra Kremenetski who plays percussion instruments.

On November 29, the Jazz Club Opus of the Budapest Music Centre hosts the trio Peedu Kass Momentum, which, among other members, includes the Estonian Jazz Ambassador – pianist Kristjan Randalu.

Concert of the Tormis Quartet on November 30 builds the bridge between classical music, traditional music and jazz. The singer of the quartet, Kadri Voorand, has mesmerized the Hungarian audience already several times on the stage of Opus.

There are also participants from Hungary in the Estonian Music Week: on December 3, the highly popular choir Csíkszerda that observes the alternative paths of the choral music will present the programme “Creation of the World” consisting of the music of Veljo Tormis. Before the concert, there will be a screening of Peep Puks’s short film Taasleitud laul (1977) on Veljo Tormis.

The event will be held at the Három Holló Cultural Centre where there’s also an exhibition “Arvo Pärt. Renowned and Unknown” opened during the Estonian Music Week.

The Estonian music week takes place due to the support of the Estonian 100 international programme. The festival’s co-organizers and supporters are the Budapest Music Centre, the Hungarian Academy of Music, the Müpa Art Palace and the Három Holló Cultural Centre. 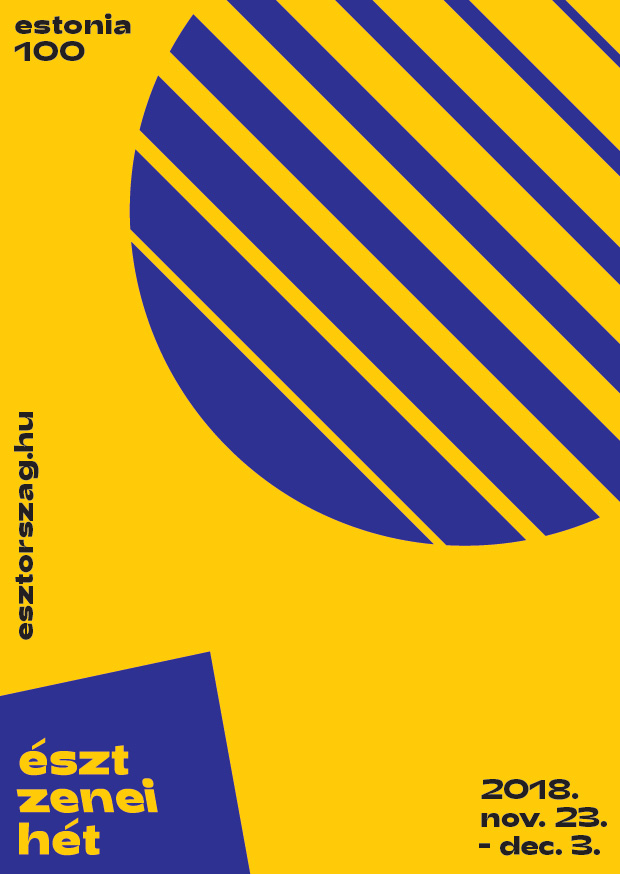