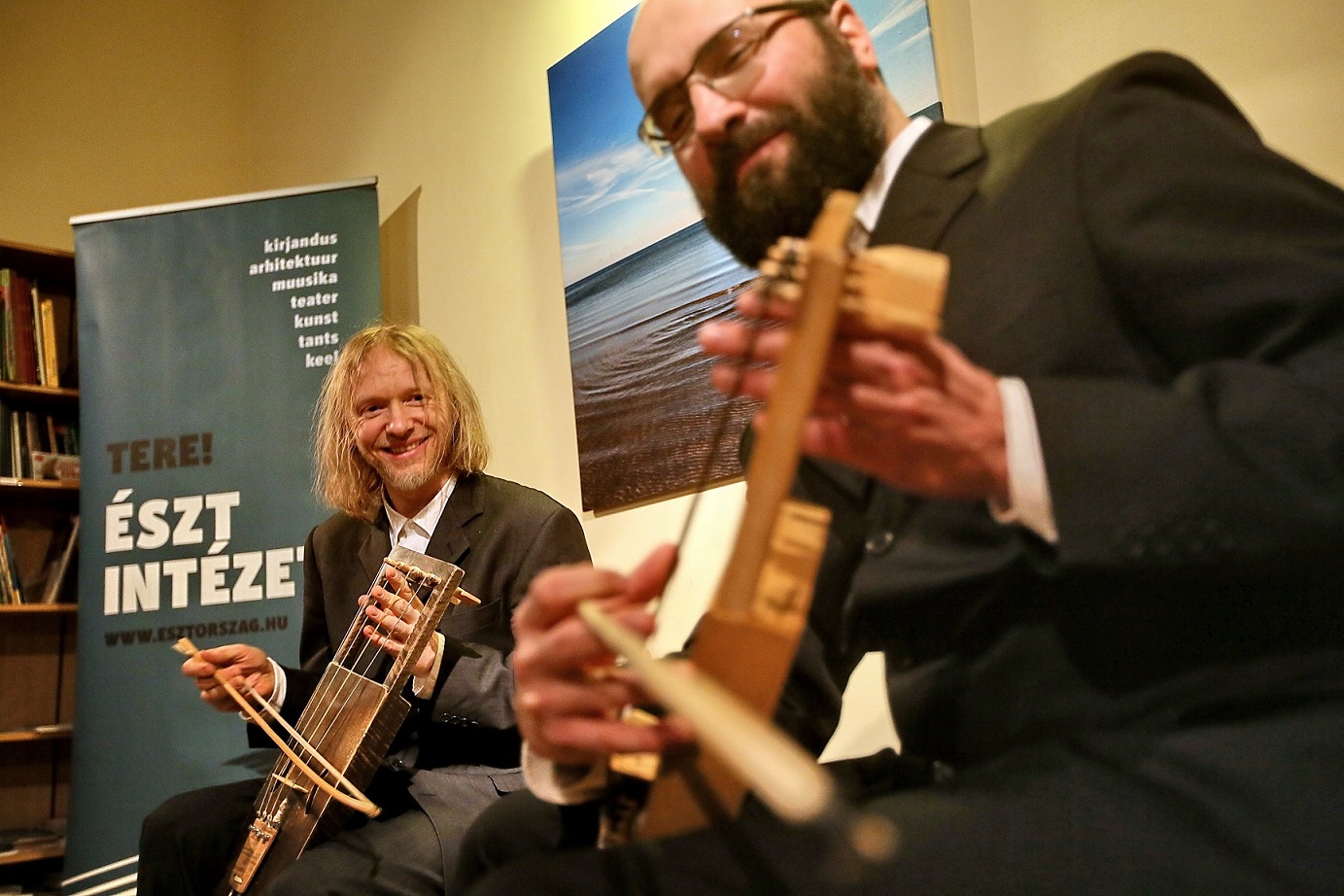 As the second foreign branch in the series of branch institutions of the Estonian Institute, Hungarian office opened its doors in Budapest 20 years ago, on February 27, 1998.

The opening ceremony was attended by Jaak Allik and Bálint Magyar, cultural ministers from the two countries at that time, Lore Listra, the director-general of the Estonian Institute, and professor Gábor Bereczki, the president of the Hungarian-Estonian Association.

The birthday event will take place at the FUGA – Budapest Centre of Architecture, one of our most important local partners, where the exhibition “Wood in Estonian Architecture” will be opened in advance. In addition to the Puuluup’s concert and other birthday choreography, the winners of the 7-week-long quiz will be announced: among other things, the prizes include lunch with the Estonian Ambassador, concert and movie tickets and other gifts related to Estonia.

Puuluup balances between the traditional and modern music styles, flirting with world music, underground and pop. Puuluup leads the vibrations of the talharpa through effect blocks and looper and uses alternative playing techniques and ways of making sound. The soft shuffle of the talharpa is accompanied by electronically enhanced echoes, knocks, creaks and crackles. Their own creation is impregnated by tradition, references to punk classics and educational romantic neozombiepostfolk. Members of Puuluup are Ramo Teder and Marko Veisson. The duo has won the hearts of the Hungarian audience already two years ago when they played in Budapest and at the Mediawave Festival.