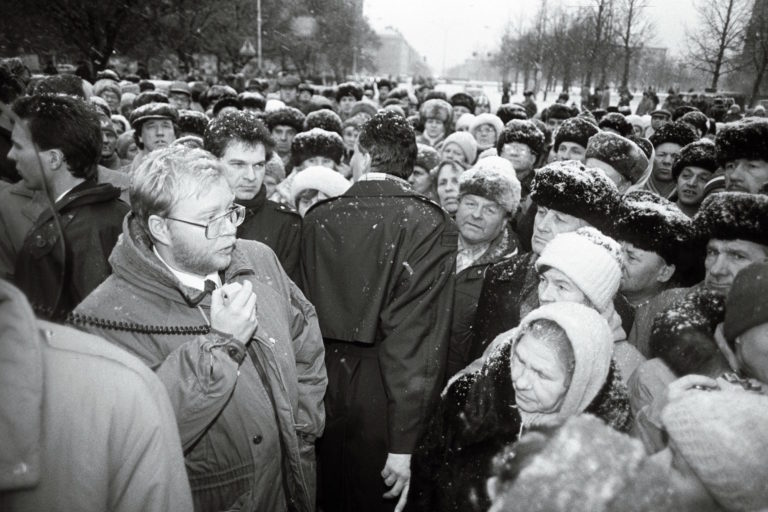 Movie night of the Society of Friends of the Estonian Institute

To celebrate the 100th anniversary of the Republic of Estonia, the Society of Friends of the Estonian Institute organizes a movie night.

The documentary film “Rodeo” about Mart Laar’s first government is shown at the Estonian House in Helsinki. The making of the movie was supported by friends of the institute. Additionally, everyone who is interested can get acquainted with the activities of the Society of Friends of the Estonian Institute.

The documentary film festival DocPoint, which has been bringing Finland and Estonia together for many years, was opened in Tallinn and in Helsinki with the film “Rodeo”, marking the 100th birthday of both countries.

The first constitutional government in Estonia after the restoration of its independence, which will be under the leadership of a young and inexperienced prime minister Mart Laar in autumn 1992, is not predicted the lifetime over a few months in the middle of the prevailing chaos. Yet, the government manages to stay in power for two years, implementing a series of radical reforms. The desire to “clean up” – to completely get rid of the legacy of the occupation and the “soft” path of the previous government – makes Estonia a good example of a successful transition country in abroad. However, in Estonia, Mart Laar’s government is in one scandal after another. At the heart of the story about keeping and losing trust is the conflict between idealists and the new rising economic elite, the situation, where the prime minister lacks opportunities to make good choices. It is a story of the creation of a modern state, told open-mindedly and consisting just the right amount of self-irony. The story of the young idealists who become politicians.