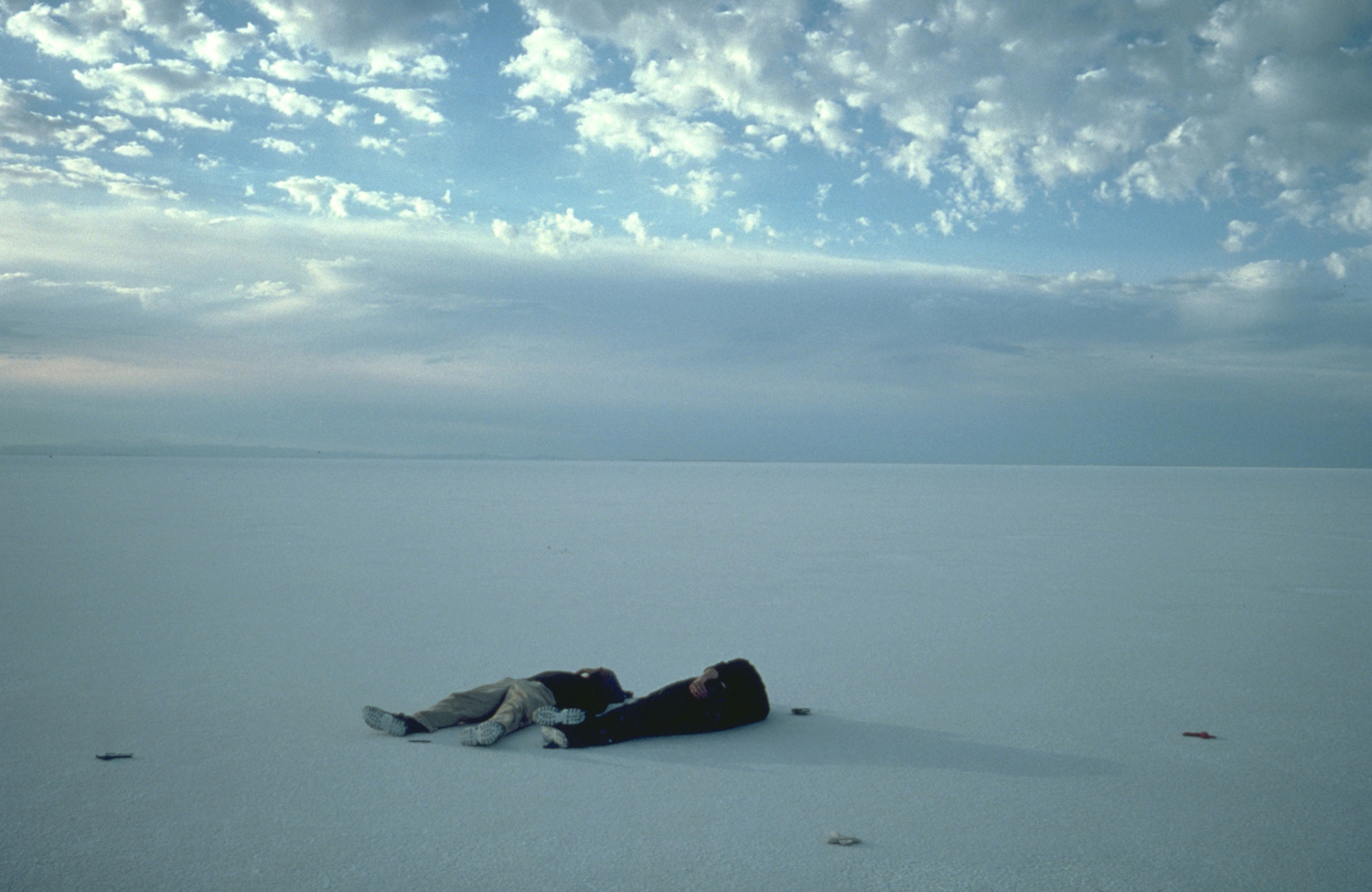 Director Gus Van Sant’s drama “Gerry” will be shown at the next screening of the series.

Two boys in late teens (Matt Damon, Casey Affleck), both named Gerry, embark upon a nature hike in the desert. Coming from the generation of TV and computer games, they obviously face wildlife for the first time in their lives as they have no water or food, not to mention a mobile phone, compass, or sunscreen. Adventurous and presumptuous, they digress from the marked trail and get lost. For a while, however, their confidence is not shaken by anything, but the hours on the road turn to days, their memory fails trying to recall paths already taken, their strength runs out, and the two “crowns of nature” must give in to the Nature. Finding the way back to the civilisation demands a sacrifice, the essence and meaning of which is not easy to understand.