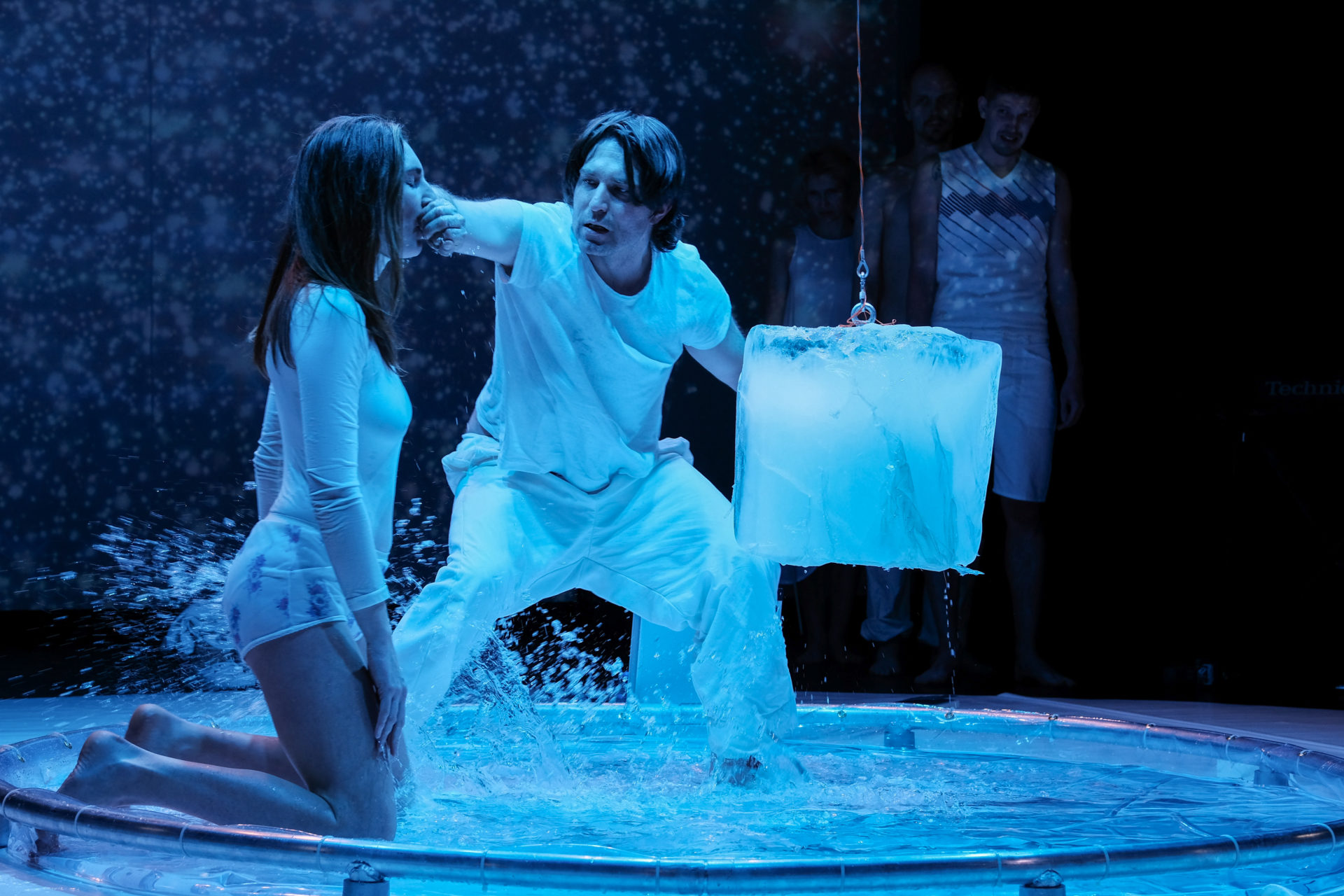 On March 21, 2018, the Finnish-Estonian production “Ice” will be premiered in Helsinki. The production is based on the novel “Ice” by Vladimir Sorokin, one of the most famous contemporary writers in Russia.

The Estonian premiere was held at Von Krahl Theatre in Tallinn on January 26.

The mysterious meteorite falls in the middle of a deep Siberian taiga. There is a special ice in it, which opens the hearts of people and by touching it, the human being leaves all their life and devotes oneself to the search for lost brothers and sisters. A passionate Ice cult is established, and when the ice melts, the cult reformulates the meaning of life on the planet Earth and its traditional history. The end justifies the means and the cult becomes an inevitable key to the existence.

The production is in Estonian, Finnish, English and Swedish, but knowing these languages is not necessary.

The next performances will take place on March 22–24 and April 4–7.
Additional information and tickets: klockrike.fi