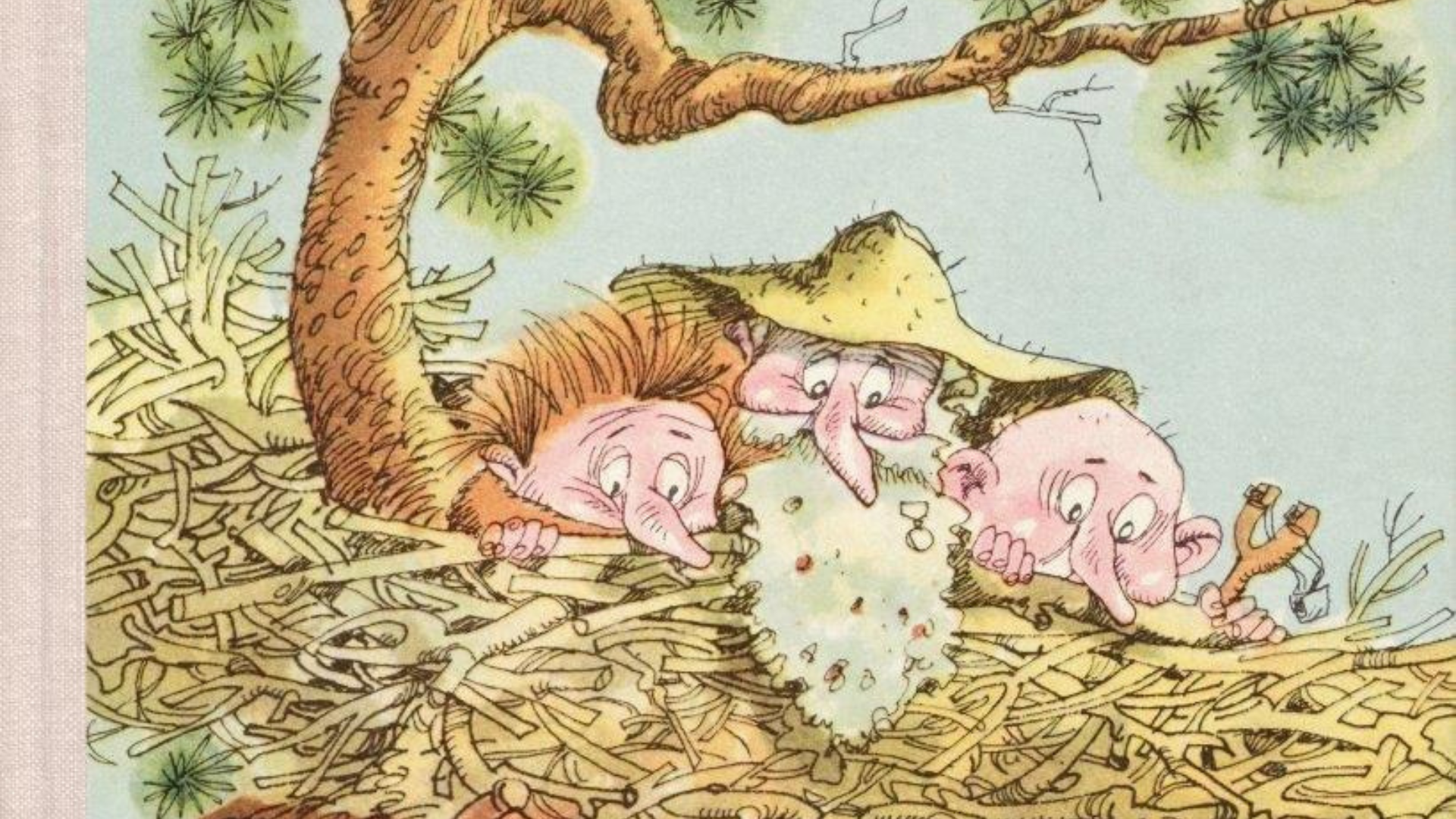 The Day of Reading Estonian Literature Together 2022

January 30th is the birthday of one of the most renowned Estonian writers, Anton Hansen; also known as A. H. Tammsaare (1878-1940). Some have even proposed making the day a national holiday to celebrate Estonian literature.

Just like last year, the Estonian Institute and the Estonian Children’s Literature Centre invite you to read together this year, too. This year’s story is Eno Raud’s Three Jolly Fellows (Naksitrallid). It’s a legendary children’s series (first published in 1972) with Edgar Valter’s unforgettable illustrations that just about every fully-grown Estonian has vivid and sentimental memories of. The books have also been turned into animated films accompanied by music by Sven Grünberg.

A four-part fairy tale series, Three Jolly Fellows tells the adventures of three small men in a world that borders on the fantastic: the composed and close-to-nature, Mossbeard; the irritable city dweller, Halfshoe; and the sensitive poet, Muff. The first two books deal with a chain of events set off by human tampering with the laws of nature; an old woman’s inexplicable love of cats lures a horde of felines to the city. Risking their lives, the diligent and ready-to-help fellows drive the gang of cats out of town, but the outcome brings trouble to city and nature alike: rats take control of the urban environment, all the birds are devoured in the forest, and the insects consequently launch their own wave of destruction. Only through great peril do Mossbeard, Halfshoe, and Muff manage to bring the cats back to the city and restore environmental balance.

Care to take part in reading this piece of Estonian literature together? The Estonian Children’s Literature Centre has scanned an excerpt of the book into 15 languages (see the bottom of the post for the links). Read the excerpt to your pupils, children, friends, or pets, in the language you feel most comfortable, record your impressions in any way you like, and connect to other readers all over the world on Facebook with the hashtag: #loemekoos2022.

For extra fun and some great 20th-century nostalgia, check out the animated film on YouTube. And be sure to attend the event on Facebook.