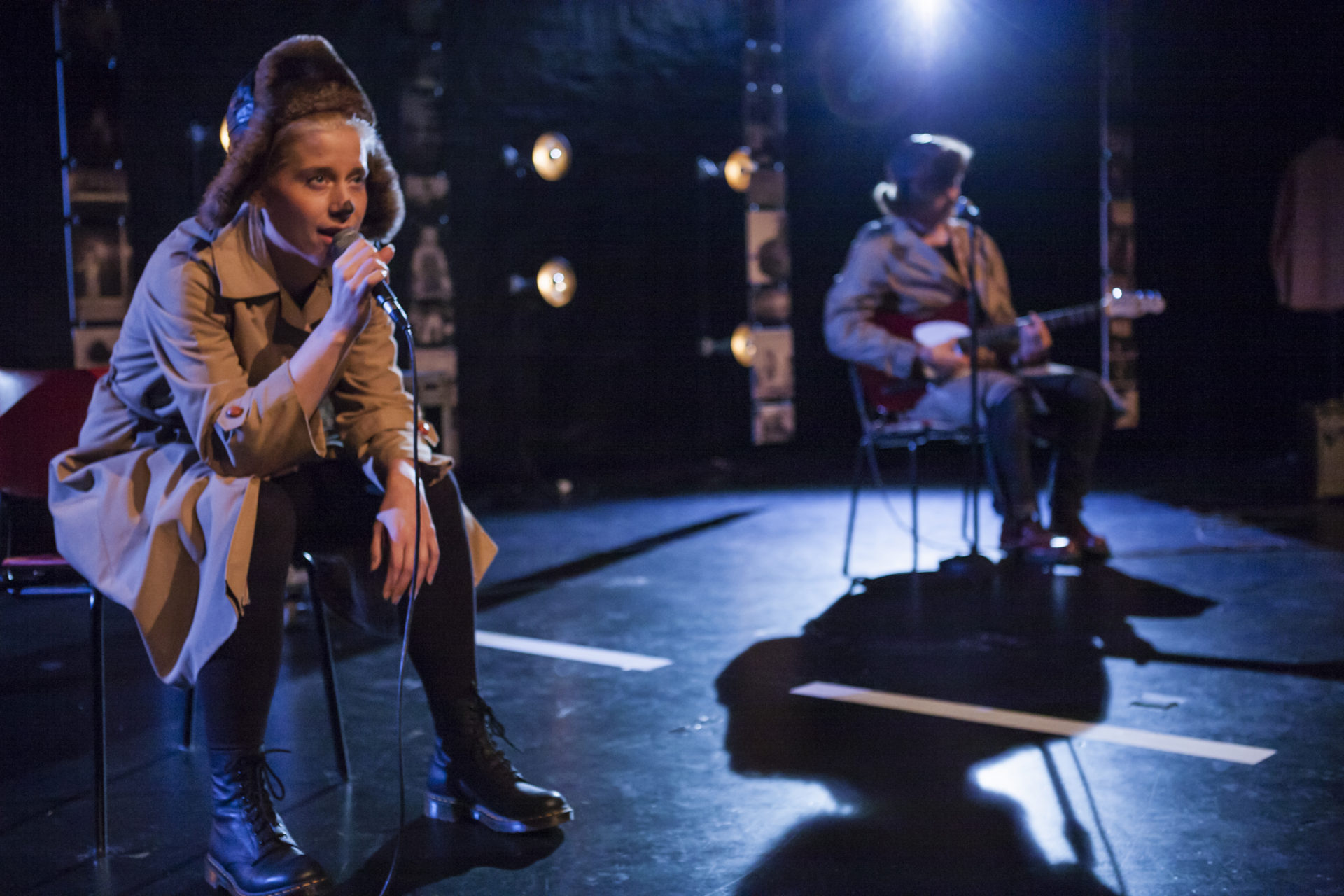 On February 9 – March 9, 2017, the collaboration project “Kädettömät – Hands Tied” of the Estonian Drama Theatre, Jalostamo-collective, and Lahti City Theatre is played in Lahti.

“Kädettömät – Hands Tied” is a black comedy about the twists of human life. The story takes place in the years 1987–1991. In Estonia, the singing revolution is underway, the Soviet Union is collapsing, and the new life is closer than ever. At the same time, weird symptoms take 27-year-old Else to a doctor and she is diagnosed with a disease called amyotrophic lateral sclerosis (ALS). From this moment onward, the Estonian father and Finnish daughter become closer to one another in a way that does not lack comedy, drama, or music.

Anna Lipponen’s “Kädettömät – Hands Tied” ponders about freedom from the perspective of an individual as well as the society.

The play is about the meeting of two cultures, two raccoons called Manu and Panu in a closed theatre in 2017, twists of the human life, death and life’s great passions.

The Estonian Institute would like to thank the partners and organisers of the event:
Lahti City Theatre, Jalostamo-collective, Estonian Drama Theatre