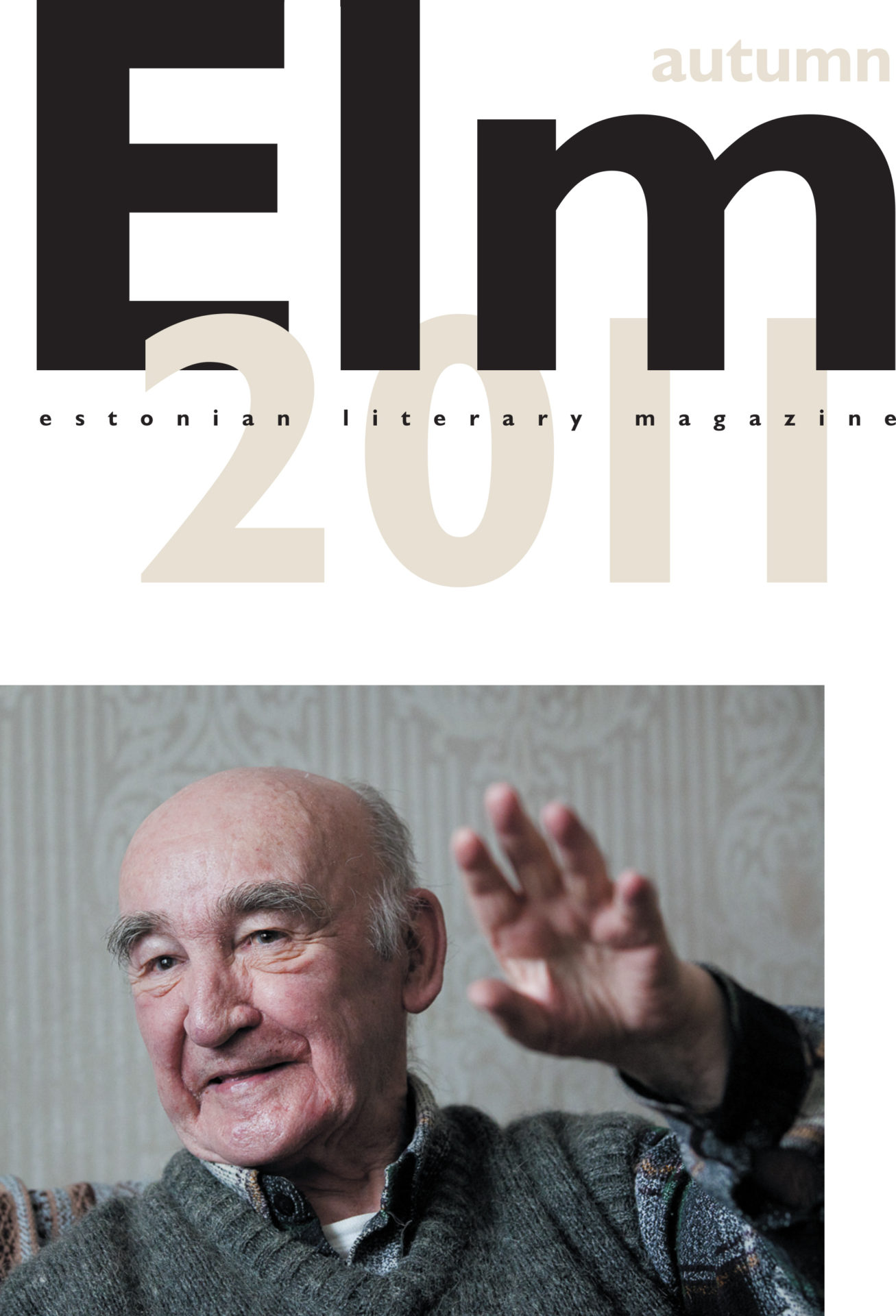 Estonian Literary Magazine no 33 was published for the 2011 Frankfurt Book Fair.

The opening article by Elo Lindsalu discusses the Estonian women’s literature, analyses its history, influences and the situation today. Sirje Olesk introduces the life and work of Ain Kaalep, prominent Estonian writer, literary scholar, critic and translator. Kaalep celebrated his 85th anniversary this summer. The national epic „Kalevipoeg” has a new English translation. Marin Laak offers a brief overview of how it came about. The topic will be tackled more thoroughly in the next issue of ELM in spring. Examples of short poetry by Kristiina Ehin, mostly known as a poet, were translated into English by Ilmar Lehtpere. Rein Veidemann reviews the recent books by two significant writers in Estonian literature, Jaak Jõerüüt and Viivi Luik („The Wide, Tall Buildings of Love“, „The Mutable“ and „Shadow Theatre“ and „I am a Book“.

As every magazine, the current one also offers an overview of recently published books, by Rutt Hinrikus, Brita Melts, Janika Kronberg and Leena Kurvet-Käosaar.

There is also a list of Estonian literature published into foreign languages in 2009 and 2010.

22 Journey towards yourself
Rein Veidemann