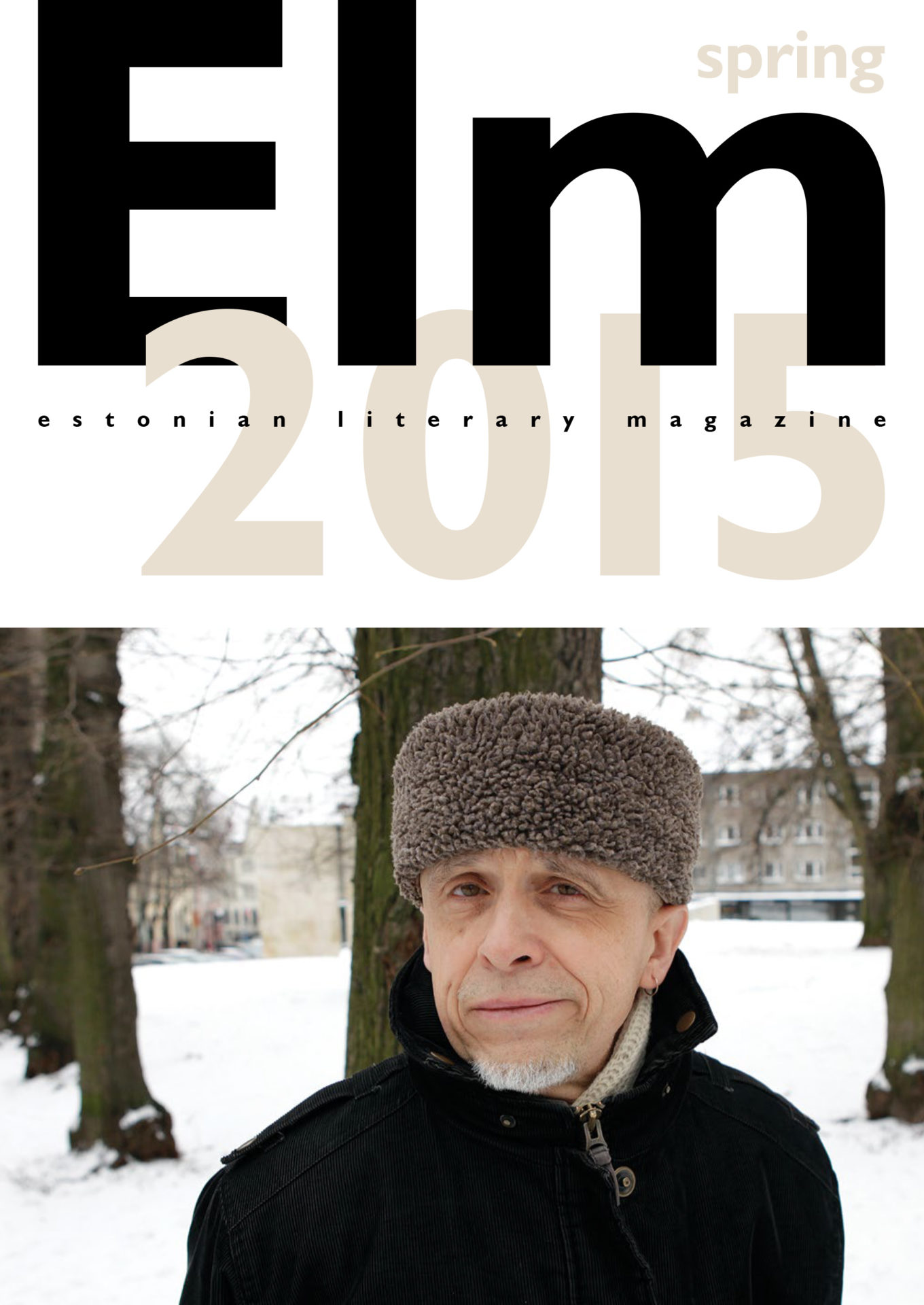 The current Estonian Literary Magazine is already the 40th!

In the opening article Peeter Helme interviews Mihkel Mutt, with special emphasis on his memoirs. The next offers an overview of the work of Eda Ahi. Questions are asked by Jayde Will who also translated some of her poems.

Hille Karm writes about Ilmar Taska and his activities in film and literature. As an example of his work, ELM publishes his short story “A car Called Victory” in Matthew Hyde’s translation. Matthew’s own article colourfully depicts his arrival in the local literary field.

An interesting overview of Estonian writers’ tours in schools and libraries across the country is given by Eeva Park. Brita Melts introduces Andrei Ivanov’s “Harbin Moths” and as always, ELM publishes short reviews of recently published Estonian literature.

10 Rhyme and reason
Interview with Eda Ahi by Jayde Will

24 In the services of Estonian cultural diplomacy
Matthew Hyde

30 Arvo Valton on this side of infinity
Rein Veidemann