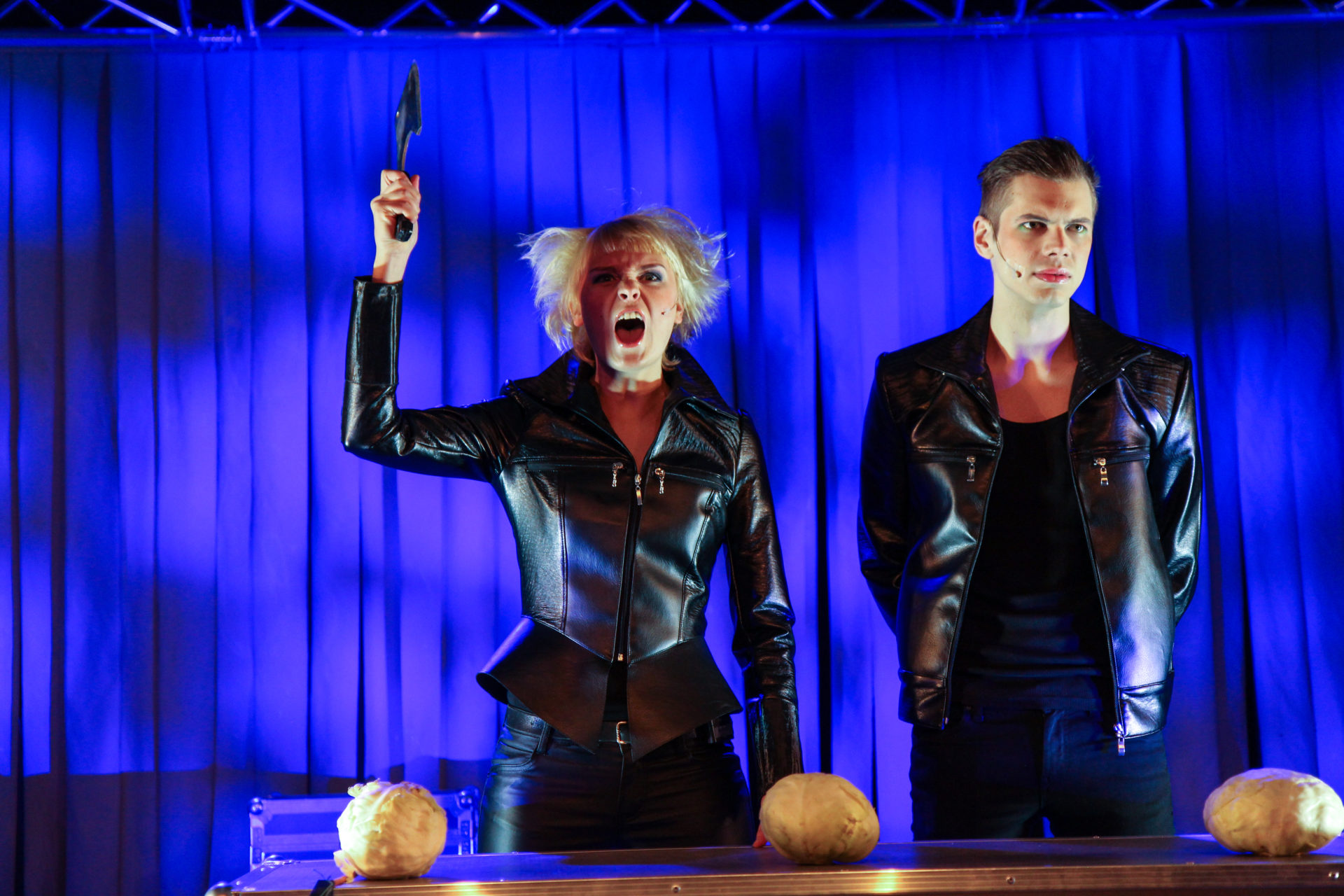 “Lecture” by Ugala Theatre at the Black and White Theatre Festival

On June 5–10, the 15th Black and White Theatre Festival (Mustan and Valkoisen Teatterifestivaali) will take place in Finland. Ugala Theatre is represented at the international theatre festival with their production “Lecture”.

Musical production “Lecture” takes a humorous look at the teenager’s brain, trying to figure out what does the term “real teenager” stand for? One musician, two actors, thirty roles, one and a half hours of hardcore action, at the end of which the actors have given their best effort and the audience feels like they have been visiting a rock concert.

This provocative theatre text by the Danish theatre group Mungo Park has been played with a great success in many European countries. Ugala has included in their production also the Estonian rap star Mart Rauba aka MC Lord, and the musician and composer Kaarel Kuusk, known from the ensembles Kali Briis Band and vonKuusk. There is no beating around the bush in this production. Here everything is told openly, spelled out, and things are talked about as they are.