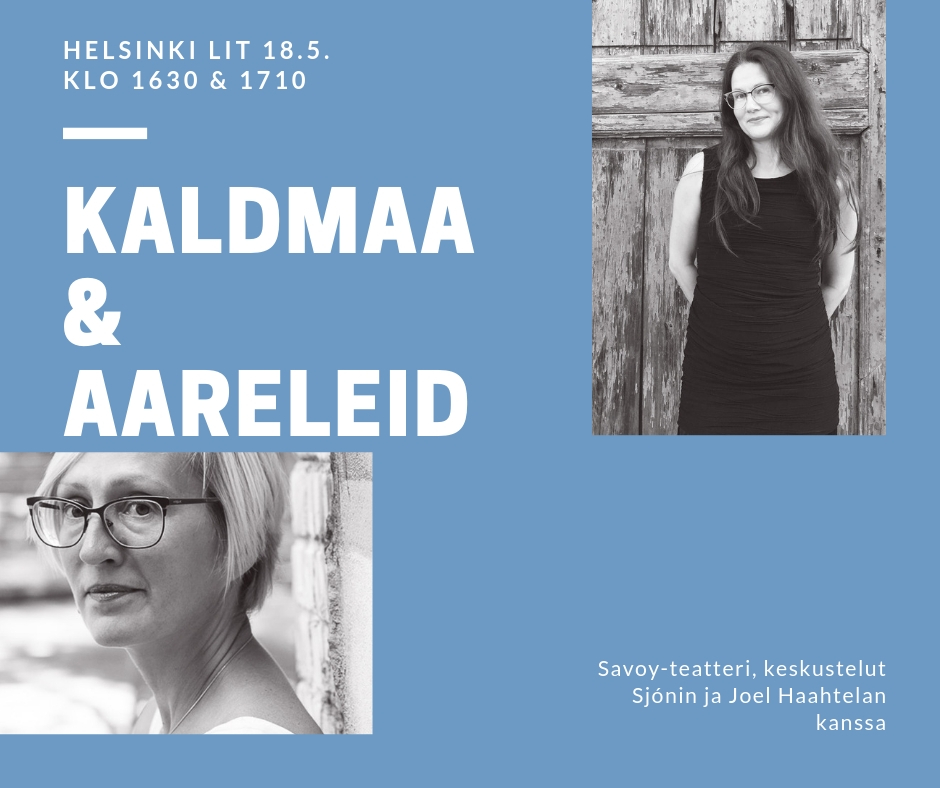 The high-level Helsinki Lit Festival is dedicated to literary translation and is traditionally held at the Savoy Theatre in central Helsinki in mid-May. This time there are two Estonian authors in the festival program.

On Sunday, May 18, Kätlin Kaldmaa talks to Sjón from Iceland, and Kai Aareleid with a Finnish writer Joel Haahtela. Conversations begin at 4.30 pm and at 5.10 pm at Savoy Theatre.

Both Kaldmaa and Aareleid have recently published Finnish translations of popular novels, both translated by Outi Hytönen. Kaldmaa’s “No Butterflies in Iceland” was released in 2017 and Aareleid’s “Burning Cities” a year ago in autumn.