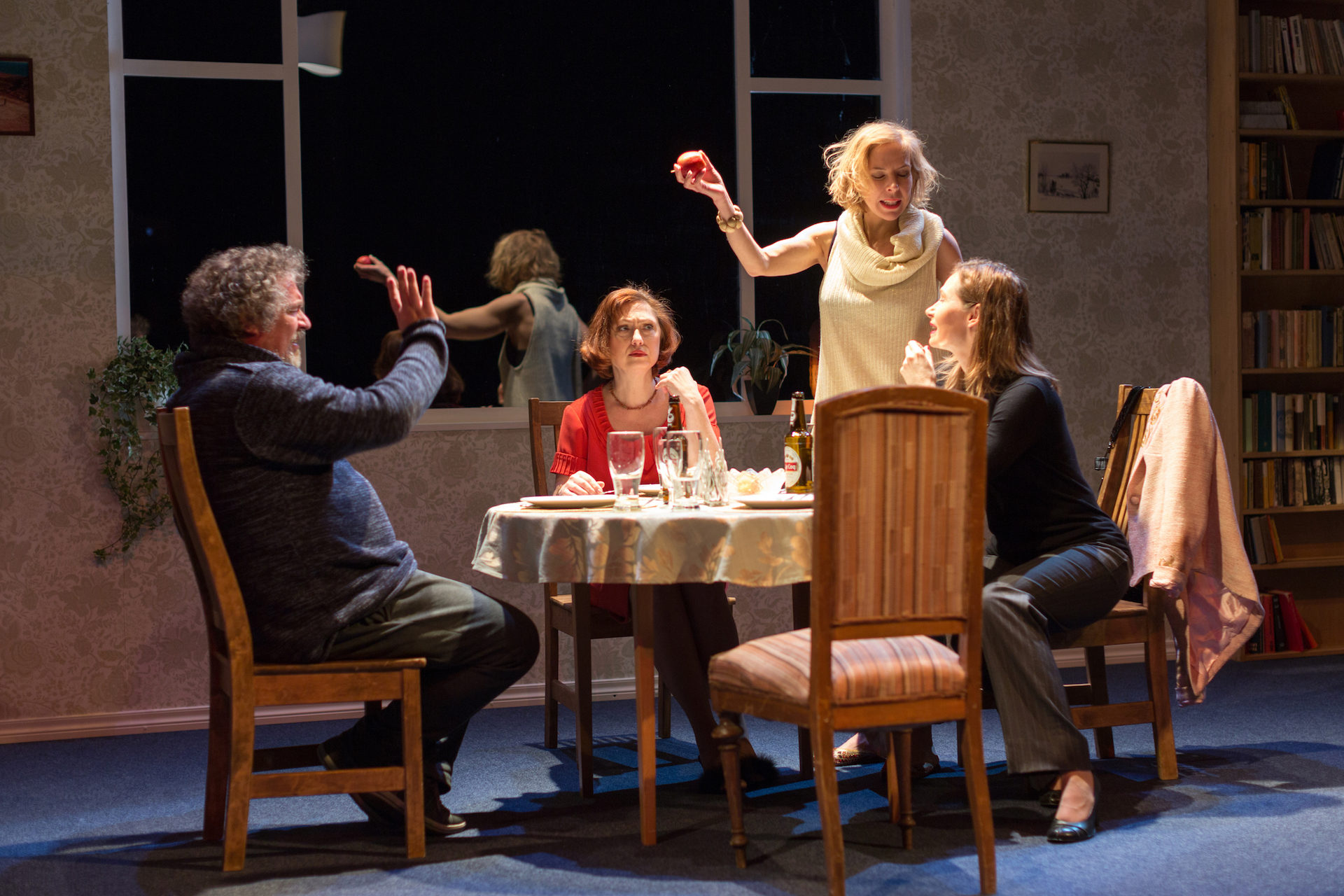 The play “Olga, Irina, and I”, written by Finnish theatre legend Ralf Långbacka in 1993 reaches the Finnish audience in the interpretation by Pärnu Theatre Endla.

In the human tragicomedy, the women who played the three sisters of Chekhov meet twenty years after the premiere. During the evening spent together, the women share the joys, sadness, and fallings in love gathered over the years. The adored Vershinin joins the company of Olga, Irina, and Masha as well and long-kept secrets and endless yearning finally come to light.

The performance lasts for 2 hours and 30 minutes (with an intermission).

“Rabbit Hole” is David Lindsay-Abaire’s Pulitzer prize winning drama about a couple who has lost a child and makes efforts to get over the deep grief.

We are all vulnerable and defenceless to the unexpected setbacks of fate. When tragic events occur in our or our loved one’s lives, we are shaken loose of the ordinary principles, beliefs, and daily routine. How to cope with grief, pain, and often guilt as well?

The performance lasts for 2 hours and 30 minutes (with an intermission).