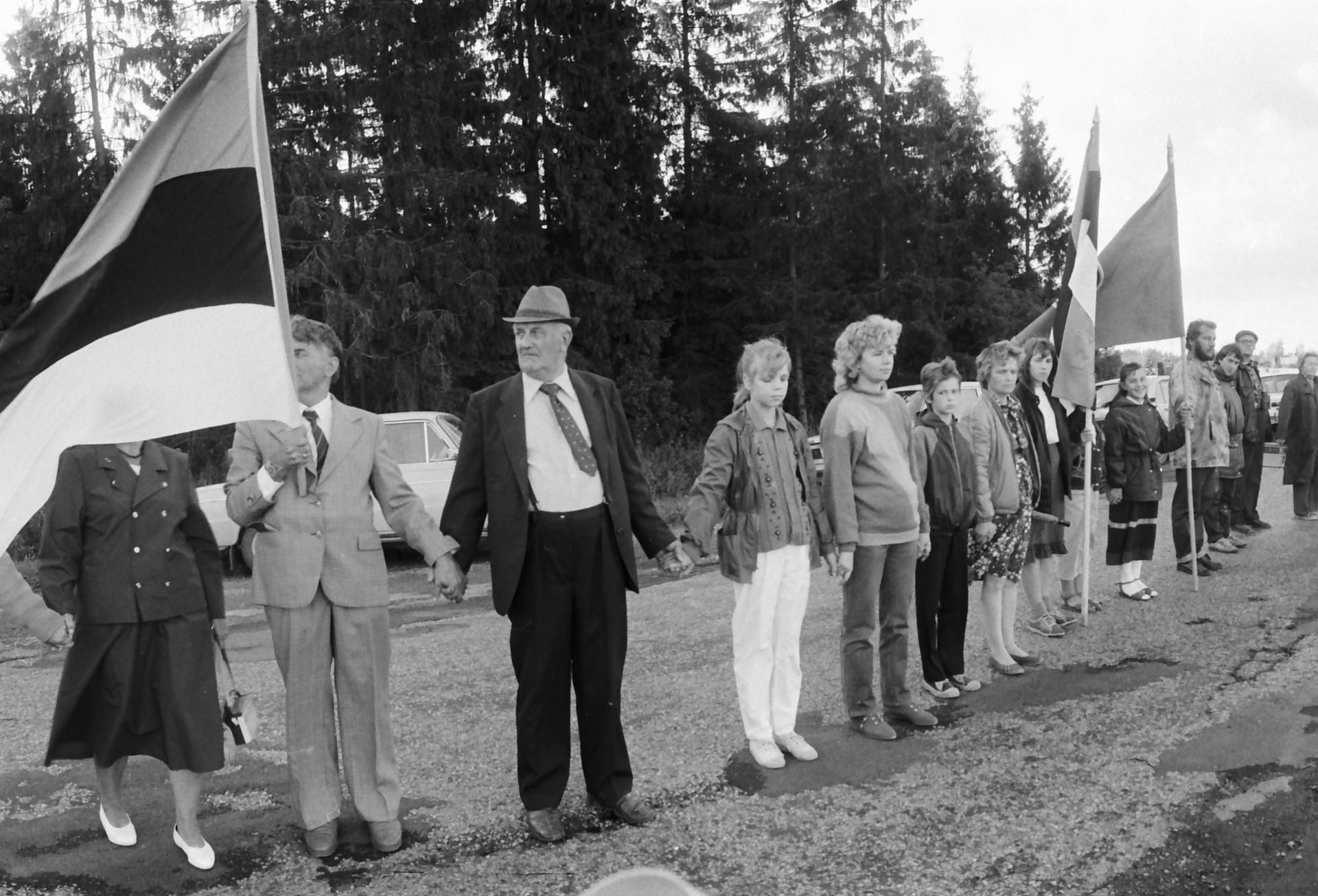 Exhibition about the Baltic Chain

“The Baltic Way – a campaign in the name of freedom” exhibition will open on 6 September at the Fővárosi Szabó Ervin Library in Budapest. The exhibition has been compiled by the Latvian Historical Archive and is open until 29 September.

The photo-rich exhibition is brought to Hungary thanks to collaboration between the Latvian and Lithuanian Embassies in Hungary and the Estonian Institute in Hungary.

On 23 August 1989, Estonians, Latvians and Lithuanians formed a 600 km long human chain from Tallinn to Vilnius, to draw the world’s attention to the secret protocol of the Molotov-Ribbentrop pact of 1939 which led to the occupation of the Baltic states by the Soviet Union. This exhibition introduces this unique human chain, where almost two million people participated by holding hands in the hope of freedom and independence.