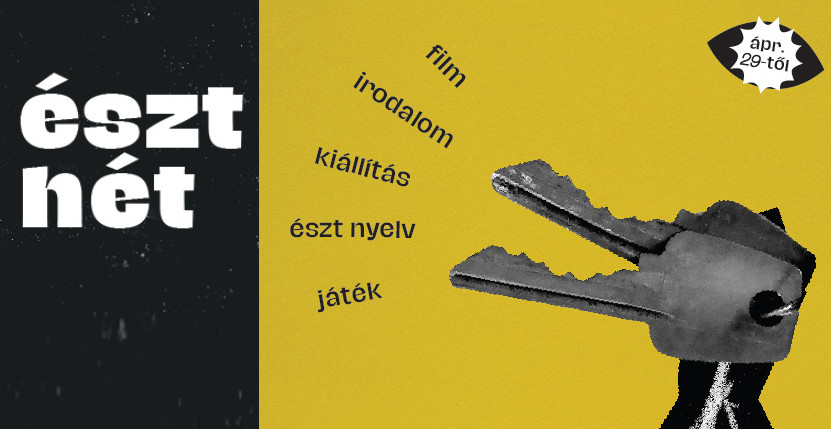 In 2021, this spring, for the 14th time, the Estonian Institute is organizing Estonian Week, the vastest large-scale event introducing the Estonian culture in Hungary. Though the title hints at a week, the activities take place from April to June. From April 29 till May 4, one can see Estonian films in Tàvmoz cinema in Hungary: “Truth and Justice” by Tanel Toom, “The Last Ones” by Veiko Õunpuu and “Rain” by Janno Jürgen. The documentary selection offers a film about Fred Jüssi: “The Beauty of Being” by Jaan Tootsen, a documentary about Estonian theatre “A Year Full of Drama” by Marta Pulk and “Memories Denied” by Imbi Paju. Aurelia Aasa, the film critic of the year, is conversing with producers after the screenings.

After the film days, virtual art and literature programmes are as follows: on May 4, the presentation of “Memories Denied”, a book by Imbi Paju, where András Bereczki – a historian, the honorary consul general and the chairman of Finno-Ugrian studies in Eötvös Loránd University is conversing with the author. On May 5, an online exhibition “Shadows: Estonian Folklore” by Regina Vitányi is opened. Professor Merili Metsvahi is talking about works of art, the author of the animations is Karl Kaisel. On May 6, the representation of the Estonian Institute in Hungary is presenting a novel collection by Maarja Kangro, translator Virág Márkus is conversing with the author. On May 7, “The Beast with the Blue Horns” by Andrus Kivirähk is read out in Hungarian.

Since May 19, an exhibition “If Air Can Be Poured Like A Liquid” by Paul Kuimet is open to Hungarians in the Budapest Architectural Centre, where the film “Material Aspects” (“Materiaalsed aspektid”) is screened and a selection of photographs from the series “A Brief History of Scaffolding” (“Tellingute lühiajalugu”) is presented. In the additional programme of the exhibition, one can enjoy an artist talk with Kuimet, also the artist’s monography “Compositions with Passing Time” is presented, summing up Kuimet’s works in the years 2013–2020.

Short twenty minutes long Estonian language courses about basic vocabulary for Hungarians are included in the Estonian Week programme this time as well. The first class will focus on online learning opportunities for the Estonian language, the second one will introduce the basic family vocabulary, the third one presents a question “Who am I?” and the fourth and fifth go into hobbies and colours.

During Estonian Week, together with Estonian Embassy, the anniversary of 100 years of diplomatic relations between Estonia and Hungary is being celebrated in Budapest. Till June 15, those interested can participate in an Estonian-themed treasure-hunt/town excursion in Budapest, take part in games, which prize lists include books and cinema tickets, and try preparing
Estonian dishes at home. Till June 15, a huge kid´s drawing contest is open, inviting Hungarian pupils to send Estonian themed drawings.

Estonian Week is supported by the Ministry of Culture and Cultural Endowment of Estonia. The full programme is available on the page of the Estonian Institute in Hungary.