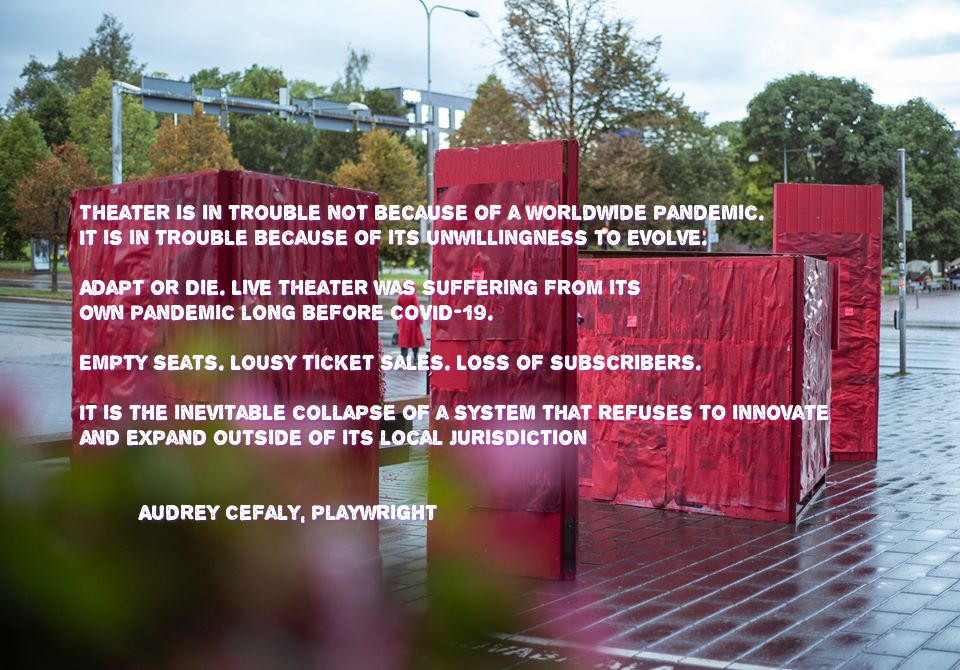 With performing arts venues and theatres shut down, their audience and performers found themselves in a situation they’ve never encountered before. The basic properties which enabled the performance to happen were taken away, and the energy exchange between the performers and audience was set to zero. That loss is why elektron.live was born.

During the first two weeks of lockdown in Estonia, the freeform creative association MIMproject Space came together with one of the most internationally active theatres in Estonia, Kanuti Gildi SAAL, to develop an all new online environment for the performing arts with financial support from the Estonian Ministry of Culture.

They opened this digital “space” to examine whether new aesthetics in performing arts can survive without physical theatre spaces. This project experiments with the limitations and possibilities that a live, two-way streaming platform has to offer. People can enter the virtual venue, meet and greet, watch shows, give feedback, and hang out — just like in a regular theater except for one great difference — it’s no longer limited to a local audience but a global one.

Inventing and building elektron.live saved the art managers from canceling their first international “Festival Of Spooky Action At A Distance”. The online live event was a success with more than 3000 visitors and hundreds of people leaving their webcams active, creating one virtual collective.

“It was after the festival that we realized, that the platform could be something more than only a way of demonstrating performers and audience to each-other. We understood that if we want to move the performing arts online, we also have to invent a new kind of performing arts. And concentrate on inclusiveness instead of elitism — that is something that really boosts our curiosity in what to look for in the future. A whole new world in arts,” said Kaie Olmre, the producer of electron.live.

“Much like the first movies at the turn of the 20th century were just recordings of the theatre performances, until now the online shows on the internet are copies of the shows made in real life. It took Dziga Vertov and his “Man with the movie camera” to make movies look like movies,” Olmre pondered.

One of the most prominent ventures that has come to life at the platform brought together companies from almost all Estonian theaters at once for an undertaking called “Saving Estonian Theatre”. This huge online spectacle was live broadcasted at elektron.live on 8th of May from five Estonian towns (Pärnu, Viljandi, Tartu, Rakvere and Tallinn) at once. It involved over 10 companies from different Estonian theatres and co-production houses (Tartu New Theatre, Endla, Ugala, Rakvere Theatre, Vanemuine, Tallinn City Theatre, Russian Theatre, Kanuti Gildi SAAL, STL, VAT Theatre and Piip & Tuut Theatre).

This won’t be the last of it and performers from all over Estonia and even all over the world will have a chance to use this portal to attract new audiences and conquer this brave new world.

“We will continue developing elektron.live after the worldwide emergency is over to grow into a one-of-a-kind streaming platform for performing arts, theatre, music, and other events that usually have an audience present, “ said Olmre.

The next event will take place on the 30th of May at electron.live.