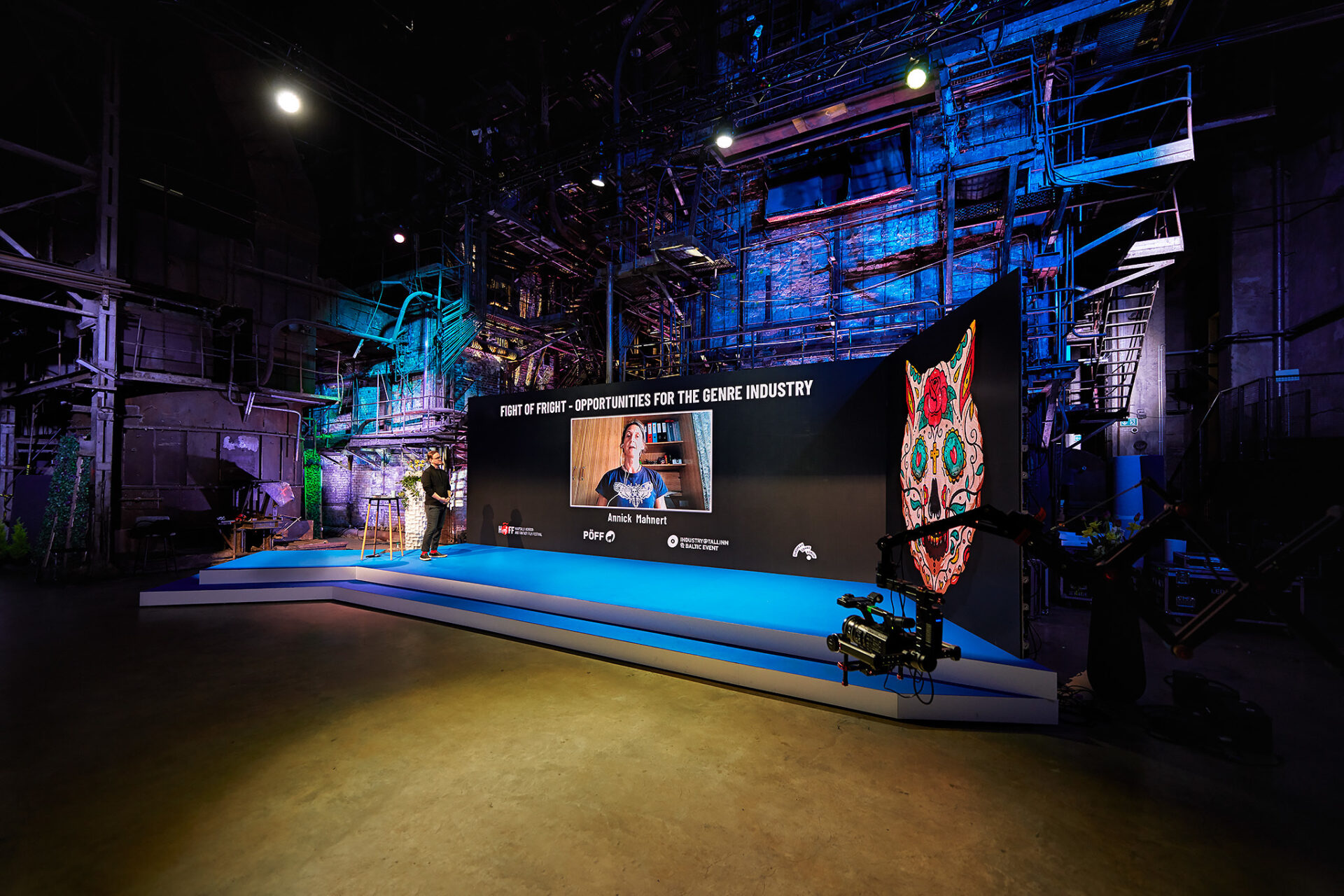 The virtual edition of the 15th Haapsalu Horror and Fantasy Film Festival recorded a virtual attendance of around 10 000. The festival donates most of its ticket sales revenue — around 5000 euros — to Läänemaa Food Bank.

The virtual edition of the 15th Haapsalu Horror and Fantasy Film Festival recorded a virtual attendance of around 10 000. The festival donates most of its ticket sales revenue — around 5000 euros — to Läänemaa Food Bank.

The Haapsalu Horror and Fantasy Film Festival that took place from the 8th until the 10th of May, reports that festival’s films were watched at roughly around 2320 times. Similar to other virtual festivals, the organizers assume that, on average, with every viewing two people were actually watching the film, so it is estimated that nearly 5000 people could have actually been watching the films.

The festival hosted over 10 virtual Q&A’s and the virtual industry panel Fright of Fright: Opportunities for the Genre Industry which were shot in two studios and streamed on the Elisa Stage platform and in social media channels. Altogether the events drew 8570 views, 4900 of which were attracted by the industry panel.

Helmut Jänes, the head of HÕFF commented: „Taking into account how much emotional fatigue people have experienced from the lockdown, added to the fact that we had a sunny weekend, we can say that we are very pleased with the results. Also, we learned many invaluable lessons with the organisation of virtual events, several which will come useful when organizing Black Nights Film Festival in autumn.“

The most popular festival screenings were the short film program „Little Nightmare” with 347 viewings, followed by the Mélièsi short film competition with 338 and the opening film „Come to Daddy“ with 226 viewings.

The audience voted Mortuary Tales, directed by Ryan Spindell as their favorite film, however, followed by Swallow by Carlo Mirabella-Davis and Midsommar: Director’s Cut by Ari Aster.

The festival organizers alongside the principal partner Elisa have decided to donate a major share of the revenue — around 5000 euros — to Estonian Food Bank who has seen a spike in demand due to the wave of job losses caused by the effects of the COVID-19 lockdown.